A Bedfull of Foreigners 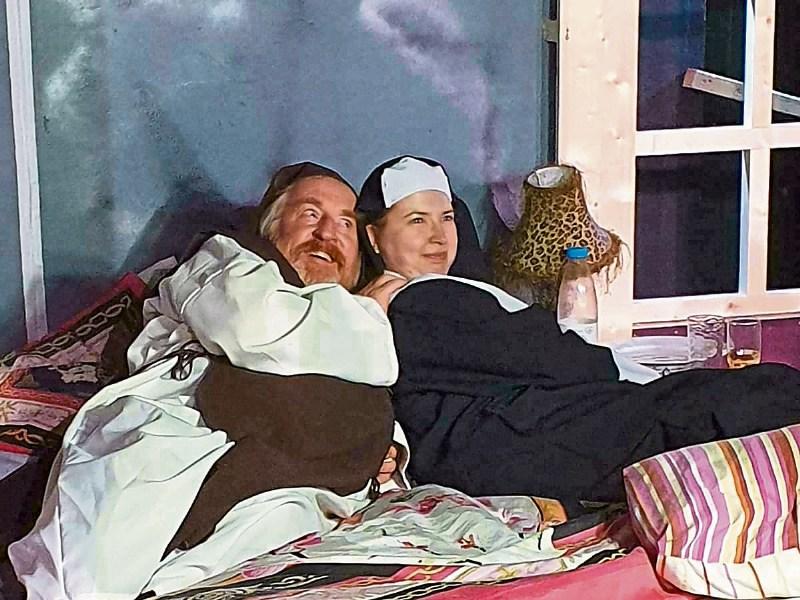 The Silken Thomas Players took to the stage last night with a madcap comedy A Bedfull of Foreigners by Dave Freeman.

The play runs in the Courthouse, Kildare town from August 27 to 30 at 8pm.

The setting for the play is the dingy Hotel Heinz on the Franco-German border, where the inept staff cause pandemonium when they book two couples into the same hotel room, leading to mistaken identity, wife swapping, bed hopping, a monk, a nun and a deadly radiator which provide the off-the-wall happenings of this crazy holiday spot.

The play is directed by Liam Quinlivan and features Niall Moore as the Hotel proprietor Heinz.

Michael Conlan plays Karak. The two couples are Stanley and Brenda played by Jon Jones and Ciana Ennis, and Helga and Claude played by Vikki Byrne and Chris Round. Simone is played by Lorna Goodwin.