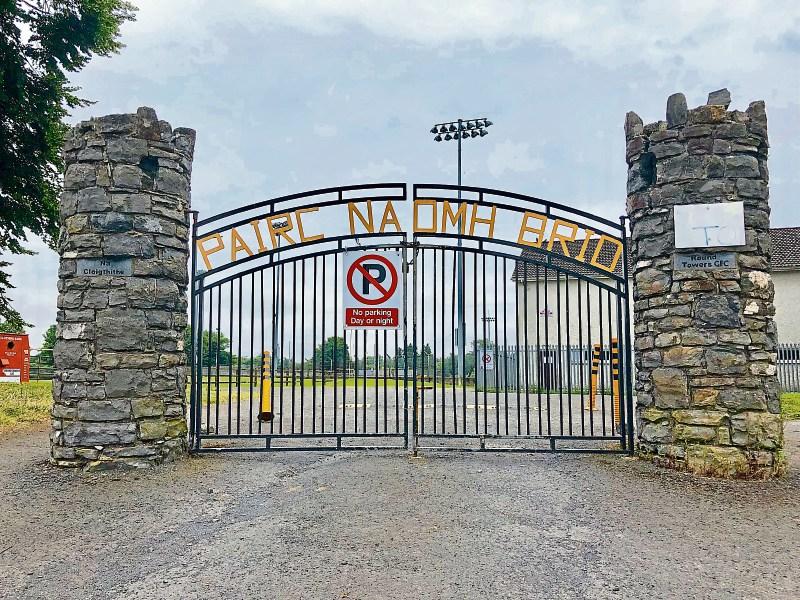 Round Towers GAA club have lodged an appeal to An Bord Pleanála after a number of proposed developments were refused by Kildare County Council at St Brigid's Park in Kildare town, putting their €93,064 sports capital grant draw down time frame at risk.

KCC refused planning permission for a new gym, skills wall, ball stops and perimeter lighting on a walking track due to a recommendation by its roads department that the development is considered to be premature, pending the completion of the route selection of the Kildare Town Northern Link and South Green Area Acess improvement scheme.

“The roads are being upgraded in the vicinity of the club and the location of our skills wall was going to interfere with the council's plans, so we offered to relocate it. In order to get the grant the club needs to spend €132,000 to get the €93,064 back by the deadline of September 30, but the appeal can take up to 18 weeks. It is outside our control now.”

According to the appeal, not only will the 800-member club be left in a “state of limbo” if not allowed to develop their facilities, but the club has been left in a very unsure position as they are not able to plan the development of the club based on the road upgrade scheme, which may take years to finalise.

They also state that their sports capital funding of €93,064, made available for the development of the proposed new facilities will be redrawn by the Department of Art, Sports and Tourism, if the club does not go ahead with these developments.

The perimeter lighting on a walking track has been withdrawn from the plans while the proposed developments have since been moved from the preferred route of the
road upgrade.

"The club or Kildare town cannot afford to lose this amount of capital developments and investment in a town which is seriously lacking in both sporting and recreational facilities for both the youth and the general population of Kildare town," the appeal states. The historic club, which originally dates back to 1888, will have an 18-week wait before An Bord Pleanána has to decide on their appeal.

A spokesperson for the Department of Transport, Tourism and Sport said they are flexible when impediments arise in relation to draw down — within reason. “In relation to grants under the Sports Capital Programme, the Department always adopts a reasonable approach to any requests to extend deadlines in circumstances where projects do not progress as initially envisaged. This has been the case in relation to the grant to Round Towers in Kildare. The Department wrote to the club again on July 16 seeking proposals from the club on how it proposes to progress the grant and will engage further with the club once a response to this correspondence is received.”

The club has until August 31 to respond.