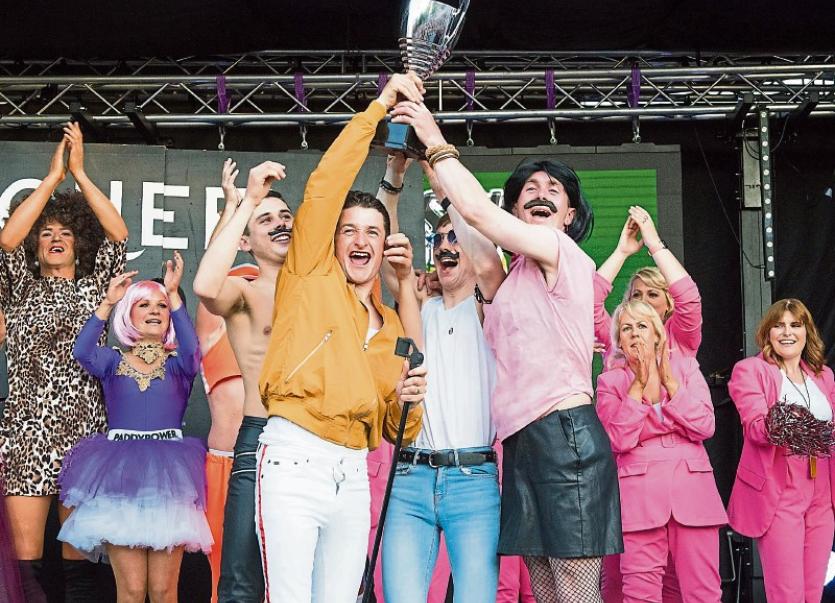 The 41st Kildare Derby Festival may be over for another year but people will still be talking about the winners of the LipSync Battle for quite a while.

On Saturday, June 29, 2019 after the Dubai Duty Free Irish Derby record numbers of people returned to Kildare Town Square to witness Ireland's first Paddy Power Lip Sync Battle featuring big names from the racing industry including former jockey  now trainer Johnny Murtagh,  trainer Tracey Collins and jockey's like Shane Foley, Colin Keanem Gary Caroll and Ronan Whelan. Four different teams competed including the Stable Yard Team as the Spice Girls, the Paddy Power Girls from their retail shops performing "Its raining men", the trainers with "The Greatest Showman performance and Johnny taking a lead role" and the finale performance of a Queen medley from the jockeys. It was a hard fought battle but jockeys took the title for 2019.

Check out their winning performance here:

The show was a massive success with the Jockeys Team made up of top Riders Gary Carroll, Shane Foley, Ronan Whelan and Champion Jockey Colin Keane just pipping the other acts at the post.

Freddie Mercury would even approve.

SEE ALSO: Another fine day in store for Kildare