Fundraiser is back on this weekend 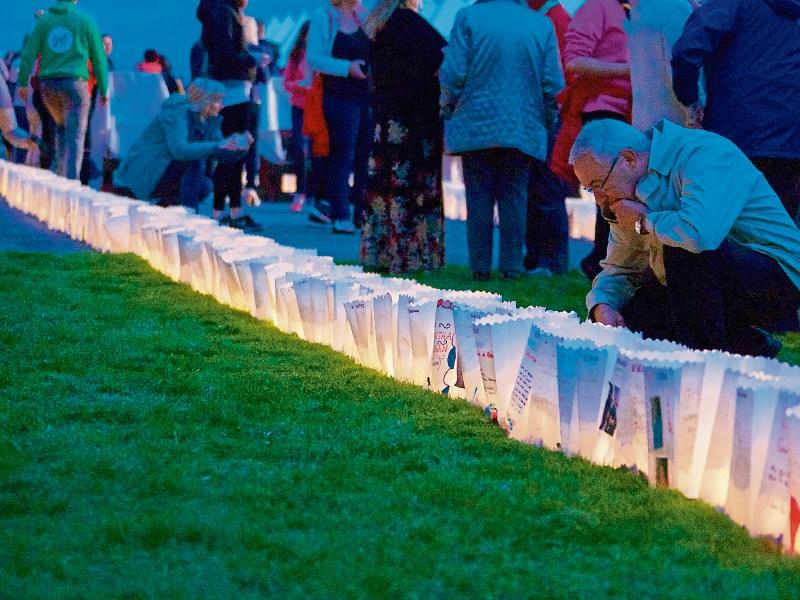 A recent Candle of Hope ceremony at Relay for Life

As Naas gears up for another Relay for Life in Punchestown Racecourse, this weekend on July 6 and 7, take a look at people from all over Kildare gathered to raise vital funds for the Irish Cancer Society in 2017.

The video is from #Rflkildare and was captured on a drone by one of the team members. It shows some of the magic of the event that celebrates survivors,  remembers those who have died and encourages participants to fight back in the battle against cancer. The beautiful music is provided by the Relay for Life Choir.

Thousands of candle bags have already been sold and will be laid out by the scouts to form the relay track. The first group to lead off the event will be the survivors and this year almost 200 have signed up. Each team will then have at least one member on the track for the 24 hours and the Candle of Hope Ceremony will take place at dusk and a very large crowd is expected.

SEE ALSO: All set for this year's 2019 Kildare Relay for Life