Curragh CEO says the venue is on a ‘learning curve’ 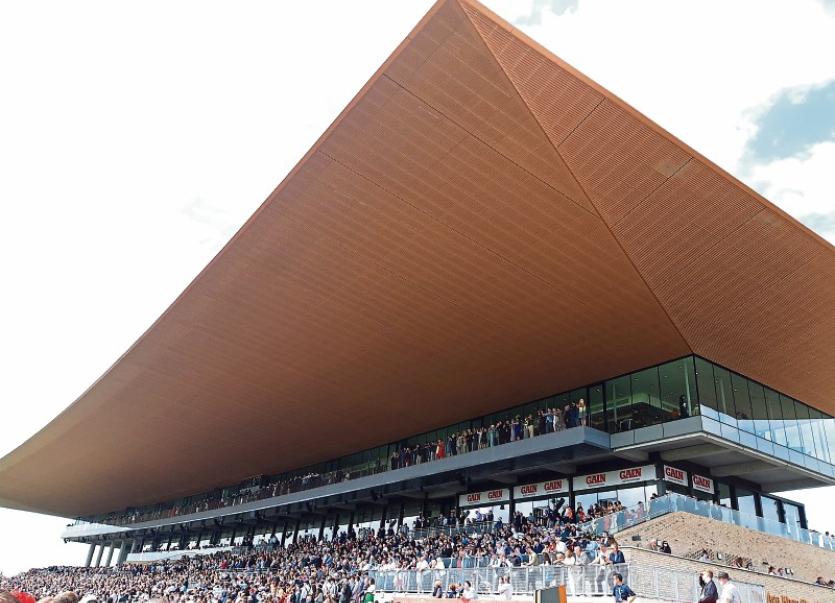 The Curragh Racecourse has said last Saturday’s Derby Day was a “good start” for the newly-revamped facility, despite some queues for the catering and restroom facilities on the day.

Last weekend saw the first Duty Free Irish Derby to be held at the reopened Curragh Racecourse after a lengthy €81 million redevelopment, which included the redesign and rebuilding of the grandstand.

The newly-redeveloped racecourse officially opened to the public last May.

Some 12,000 people attended the course on Derby Day last Saturday. This attendance was up on the 6,000 for 2017 and 2018, which had been limited due to onsite construction.

A statement from the Curragh said they are happy with the attendance this year, but lessons will be learned from the 2019 Derby festival, “including working in conjunction with the catering partners to address the issue of the bars available for the track’s busiest day of the year. This will be among the tweaks made on the back of what happened on Saturday”.

Curragh Racecourse CEO Derek McGrath said that the Derby, which is the biggest annual raceday at the Curragh every year, was a learning curve but a good start for the new facility.

“It was a very important moment in that the venue worked,” he said.

“We’re nowhere near where we want to be but it was a good start. We’ve had the venue for 10 weeks and my team has been working 24 hours a day to get it ready. We’ve had issues, such as the fire alarms going off on Friday, and from an organisational point of view it’s how you react to these things. Every time you open up you learn something.”

CEO of Horse Racing Ireland Brian Kavanagh conceded that facilities at the Curragh were stretched on Saturday.

“The atmosphere was very good on Saturday but what didn’t work was the food and beverage side of things. That’s disappointing and that needs looking at,” said Mr Kavanagh.

“The ability of the facility to cope with people who were there on Saturday was stretched and will need attention. But that has happened at other racecourses before that have been redeveloped, be it at Ascot and Longchamp. It takes time with a new facility — it will be addressed and it can be addressed.”

Meanwhile, a loud whistling sound caused by wind hitting the roof of the new grandstand has baffled racegoers since it re-opened earlier this year.

The stand, named after multi-millionaire racing tycoon Aga Khan, was formally opened by the Taoiseach on 1,000 Guineas day in late May.

The sound of the wind noise emanating from it became a major topic of conversation on the day. Since then expert architects and accoustic engineers have been monitoring the issue and trying to identify the source of the noise — which wasn’t to be heard on Derby Day.

On the second day of the Derby festival last Friday, the fire alarm rang out in the grandstand.

Crowds had to be evacuated temporarily and horses were also taken out of the stalls for the second race — however, everything returned to normal within a few minutes.