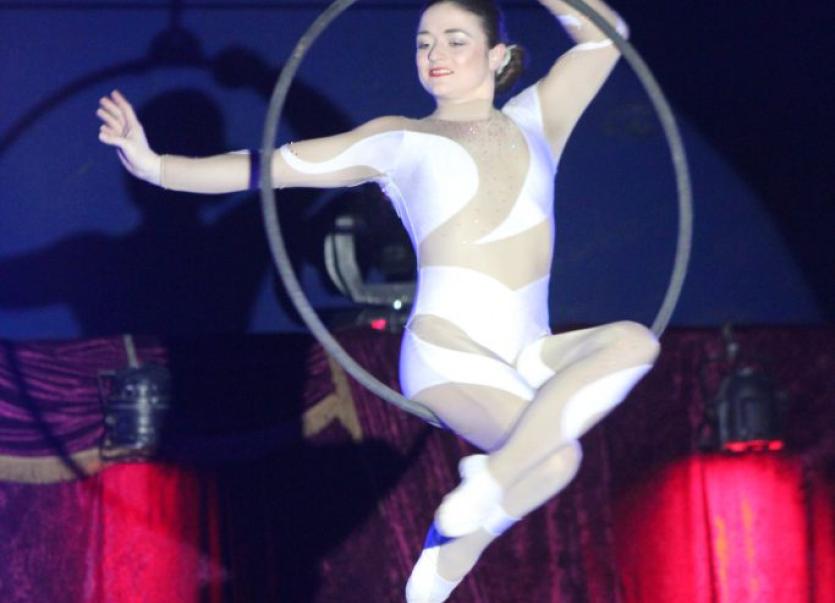 A member of Circus Gerbola

A grand opening is planned for the Kildare Derby Festival this Sunday which is celebrating its 41st anniversary from today, Friday June 21 to 30 in Kildare Town.
The renowned Circus Gerbola will open the festival on Sunday June 23 from run from 1.30pm to 5pm.
Working closely with Kildare County Council and the Chamber of Commerce, the committee are planning the 41st anniversary festival to be a sensational week of events ensuring young and old will be entertained.
The circus will be joined by three of the county’s most successful dance and stage schools. Vicky Barry Performing Arts are busy preparing for the big show. They have been running dance, singing and drama classes for children in Kildare since 2004.

They will be joined by the Lisa Rooney Irish Dance School who will perform some well-known traditional Irish dances and finally, Leah Moran’s Stage School promise to impress audiences with a singing and dance display.

According to organisers, visitors to this open air circus at The Square, will be intrigued and amazed at the incredible line-up of acts, from aerial straps; wheel of death to Mikey Gerbola, the circuses resident clown.

This family run circus has a long history in the entertainment business, beginning with the Gerbola family in 2001.
There are over 18 different free and ticketed events at the Kildare Derby Festival.
There is a nominal fee for booking of €2 for the Gerbola Circus, which can be purchased online or at the Heritage Centre.
For full details of the festival line up see  https://intokildare.ie/kildare-derby-festival/kildare-derby-festival-events/
SEE ALSO:Family fun in store for Derby Festival