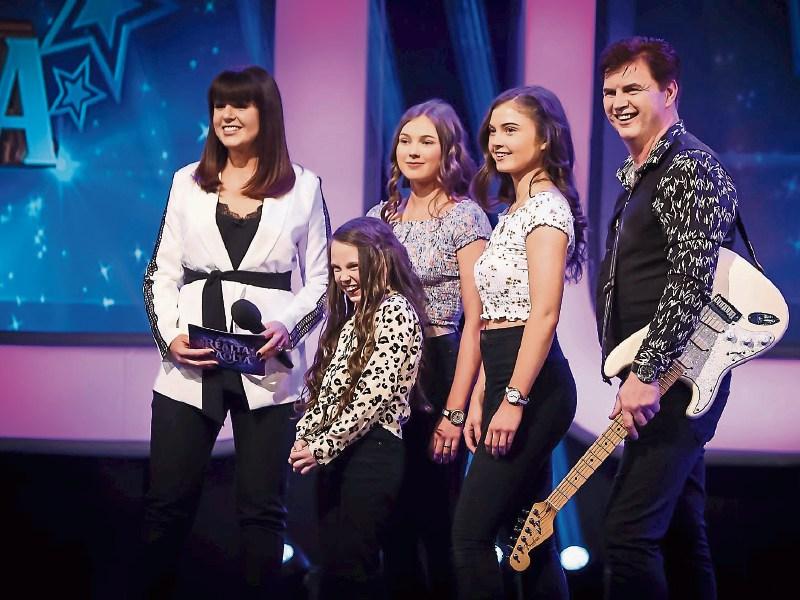 The Maher family from Newbridge

The highly talented Maher family from Kildare battle it out this week in the second semi-final of TG4’s hit Sunday night entertainment series Réalta agus Gaolta, on Sunday June 9, 2019, at 8.30pm as they are on the lookout for Ireland’s most talented family.

The Maher family from Newbridge, Co. Kildare, are in the running to be crowned Ireland's most talented family.

From Crystal Swing to Clannad, the Irish family has entertained us throughout the decades. Talented Irish families have excelled in their particular genres, whether it’s the pop music of The Corrs or the sean-nos dancing of the Cunninghams. Now it’s time to find the next family that will entertain the nation.

They will be singing, dancing and banging out the tunes, as they go head-to-head against each other to win the opportunity to play live on stage supporting world famous Kíla in their National Stadium Concert in front of thousands, along with a cash prize of €3,000.

Hosted by Síle Seoige, the series has seen over 70 acts battle it out to impress our judges, Irial O Ceallaigh, musician and TV personality,  Sinéad Ní Uallacháin  broadcaster with Raidió na Gaeltachta and Jim Lockhart, member of the Irish rock band “Horslips”.

The second sem-final airs on the 9th of June, 8.30pm on TG4, everything from rock & roll and sean nós, to power ballads and more - The series has it all but there can only be one winner.