Competition to name a character after your child 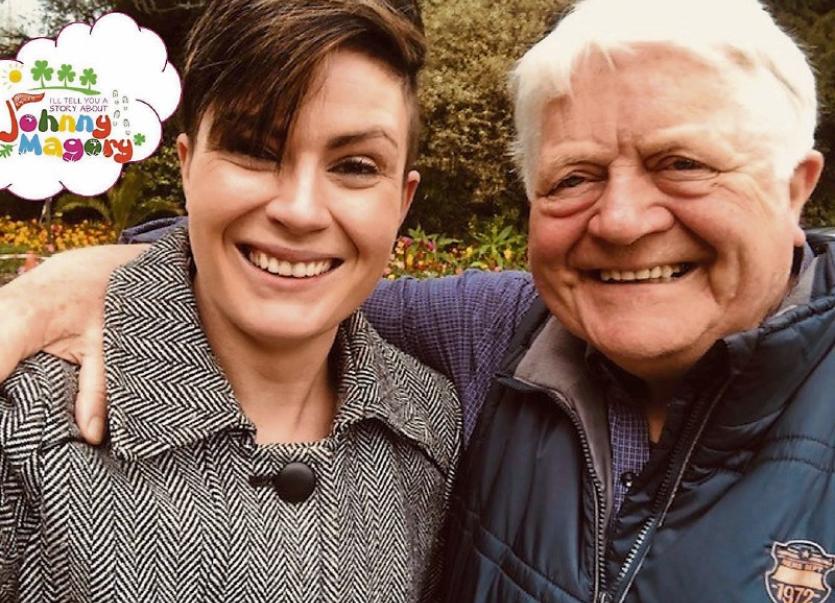 Emma-Jane Leeson is teaming up with TV artist Don Conroy

Kildare author Emma-Jane Leeson is teaming up with TV artist Don Conroy for the next book in the popular "Adventures of Johnny Magory" series in an effort to get children outside exploring and promoting Irish wildlife and heritage.

And they are giving you the chance to have your child's name immortalised as an animal character within the book.

In what seems like the perfect pairing of values between Don and Emma-Jane; the book "Johnny Magory and the Forest Fleadh Cheoil" will revolve around Irish woodland creatures and native Irish trees.

The purpose of the Johnny Magory Business is to get children outside exploring and connecting with nature whilst educating on Irish wildlife and heritage through their books and events. They were inspired by the old Irish rhyme "Will I tell you a story about Johnny McGory? Will I begin it, that's all that's in it!"

Don says "I'm delighted to be associated with such a talented writer as Emma-Jane, who shares the same love of nature as I do. Her enthusiasm and energy are sure to awaken in young people an enduring interest in the outdoors. It's a great pleasure for me to be working with her on her latest Johnny Magory book, bringing her characters to life in a fun and entertaining way."

The names of the animal characters in the books have been left blank to allow children the opportunity to have their very own name featured.

To enter the competition, parents/ adults need to download a nature hunt from www.JohnnyMagory.com/Fun-Stuff/

The child or "Little Explorer" needs to get outside and collect the 5 items listed on the hunt.

There are seven animal names up for grabs and winners will be drawn every third day on the Johnny Magory Facebook and Instagram channels, starting Sunday 9 June.

There are three books to date in the Adventures of Johnny Magory series which were all inspired by the author's home-place of rural County Kildare.

Emma-Jane (EJ) is an advocate for creating a cultural change and directing children away from screens and back outside.

"I had the best childhood ever!" she says, "always outside exploring and imagining I was on wild adventures! I wanted to ensure my children had the same upbringing and knew all about the wonder of nature all around them. That's why I wrote the stories; to encourage children everywhere to get outside using their imaginations".

Don Conroy secured his place in the hearts of Irish children and their parents throughout his time on "The Den". His regular and much loved "Draw with Don" slot had children the length and breath of Ireland drawing animals of all shapes and sizes. Don earned the title of longest serving member of “The Den” team on the cult RTÉ show having appeared since it's beginning in 1986.

The idea for animals having a Fleadh Cheoil was inspired by EJ's love of music, especially traditional Irish music having played tin-whistle and fiddle for many years. The Fleadh is a key piece of Irish heritage that EJ want's to document and raise awareness about it through her books.

The book "Johnny Magory and the Forest Fleadh Cheoil" will be launched in August 2019.