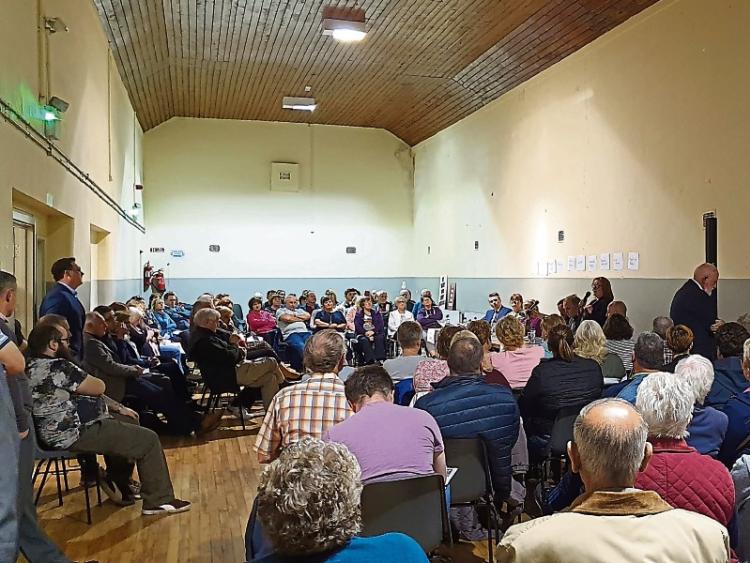 Crowd on the night

Around 150 people turned out to meet their local election candidates in Monasterevin community centre on Tuesday night, May 14, 2019.

The night was organised by community worker Paul Brady and several local issues were raised on the night including the need for St Paul's new school. A small number of protesters gathered outside the community hall with banners highlighting the ongoing urgency for the new school.

“We had a crowd of around 150 local people attending the Town Hall Style Meeting,” said Paul adding that Monasterevin people "feel they have been left behind in regards to funding for the area."

"This was a great advertisement for local democracy as any person attending got a chance to question  all the eight  candidates who were in attendance on the night. All the candidates got two minutes to say what they would do if elected and then questions were taken by the candidates from the people. Questions could be written down and asked by our wonderful facilitator on the night, Eugene Nolan, or questions were taken directly from the floor."

Meanwhile Ann Scully, one of the organisers asked that in six months’ time the candidate or candidates elected would come back and give an appraisal of their work during this time.

This was agreed by all eight candidates ahead of the local elections which will take place on May 24, 2019.