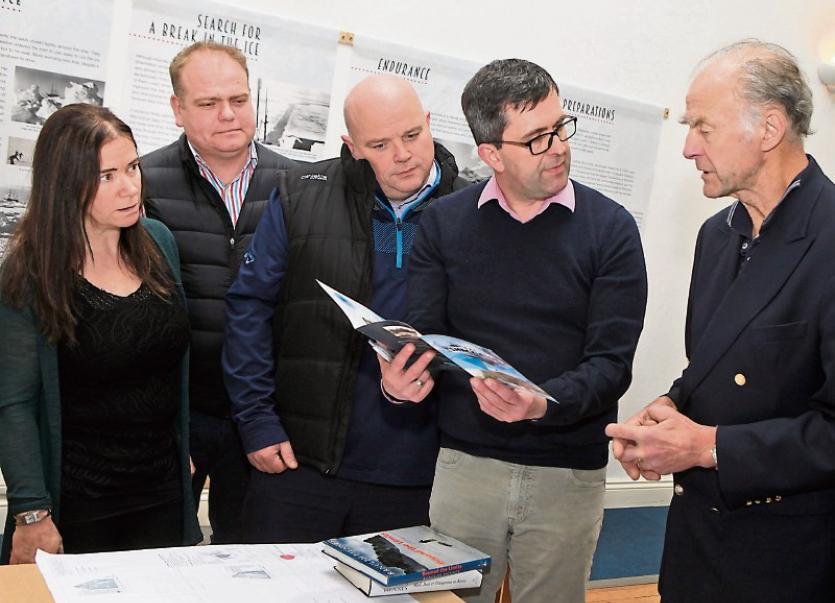 The members of Athy Municipal District council have approved Kildare County Council’s Part 8 report on the new Shackleton Musuem for Athy at this month’s meeting which was held earlier today.

The members were circulated the Part 8 Report ahead of the meeting which was the last sitting of this current council.

All members welcomed the new plans for the new development in Emily Square in Athy that will enhance the current museum already there.

The proposed €5 million development will consist of the refurbishment of the Athy Heritage Centre in Emily Square which is a protected structure.

Members all agreed that the new musuem, which is due for completion in 2021, has the potential to be a major tourist attraction in South Kildare.

While funding is in place for the development it will not cover the entire estimated €5 million and members were told that investment will be sought from private and corporate parties. The council will also look towards Failte Ireland for investment and those with connections to the explorer Ernest Shackleton.

The design also includes provision for a two-storey contemporary glass and steel clad extension to the rear of the building and the removal of the 1980’s access ramp and steps to entrance at the West façade and replacement with new stone steps. There will also be a complete internal redecoration and new internal openings to allow improved circulation within the building and the replacement of existing signage.