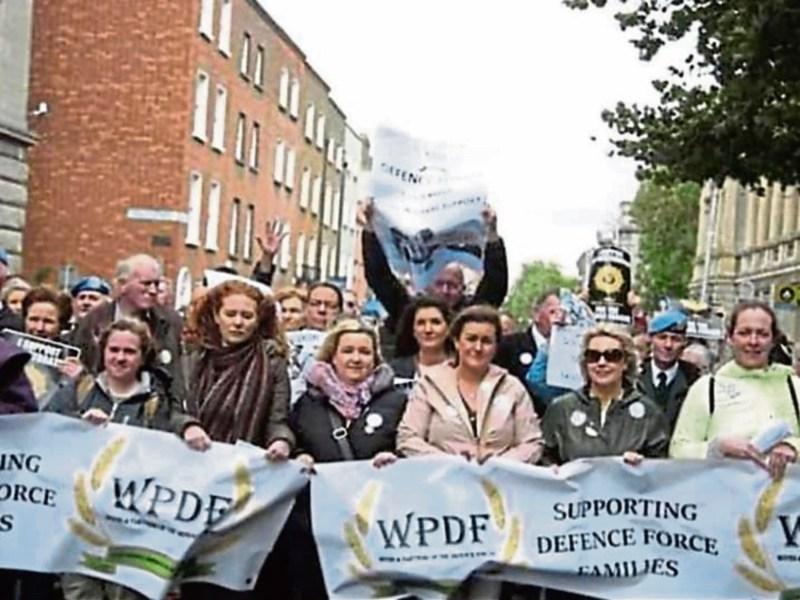 A parade, aimed at highlighting the current crisis within the Defence Forces, with falling personnel figures and reduced morale levels took place at the weekend.

The Respect and Loyalty Parade took place on Saturday, May 4, 2019 in Cork to continue to highlight issues with retention and morale within the Force.

TD for Kildare South Fiona O’Loughlin who attended the parade said  there have been serious issues with retention in the Defence Forces over the past couple of years, with numbers now well below 9,000.

“The latest figures – at the end of March – reveal that there are now just 8,847 personnel.  That’s 653 below the current agreed strength," said Deputy O'Loughlin.

"This is a very worrying situation and points to serious issues which Fine Gael is failing to address.  While pay and conditions are obviously a problem, there are other contentious issues, including the fact that many Defence Forces personnel feel completely undervalued by this government.  Twice last year we saw a situation where troops returning from a tour of duty had their return dates delayed.  This caused major frustration and disappointment for the serving members and their families.”

Last September the Wives and Partners of the Defence Forces (WPDF) marched for better pay and working conditions for members in Dublin.

They claimed at the time that the Defence Forces was in crisis, coping with poor pay, declining training standards and ever more people seeking to leave.