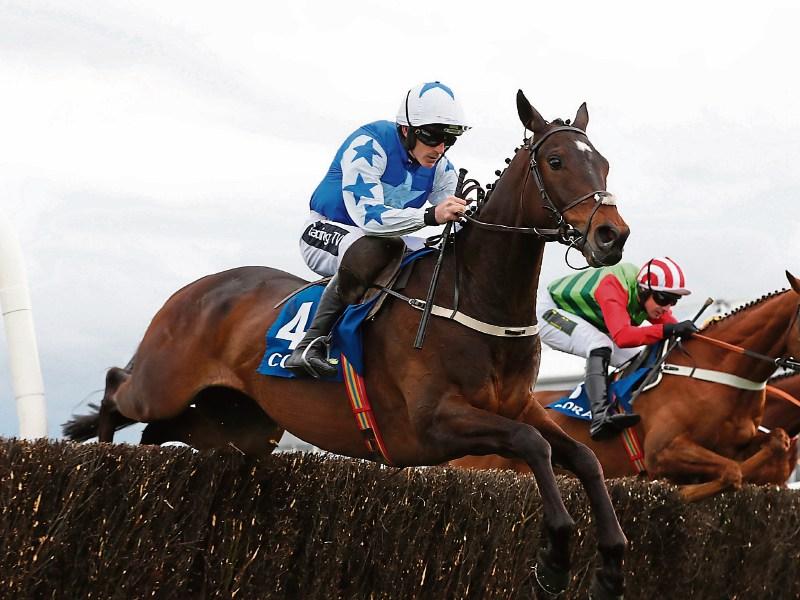 Punchestown Wed 1 May 2019 Kemboy ridden by Ruby Walsh, winner, at an early stage in The Coral Punchestown Gold Cup

The annual five-day festival at Punchestown drew to a close on Saturday, May 4, 2019 with an all-time record-breaking crowd of 37,206 attending the festival that day. According to organisers blue skies, cracking racing and a family focused theme ensured the highest attendance ever at the Kildare venue.

Conor O’Neill, Punchestown CEO said “We would like to take this opportunity to thank the 126,840 people who joined us for what was another great Punchestown Festival. It seems each year the five days produces great stories about both people and horses. Past champions regained victory and future stars emerged. Perhaps the biggest twist in the tale was the greatest jockey of a generation, perhaps all time, Ruby Walsh announcing his retirement and we sincerely thank Ruby for sharing this with the Punchestown crowd at his home track. We have always said that it’s the people that make Punchestown and that statement rang true this week.”

While Paul Townend was crowned Champion National Hunt Jockey for the 2018/19 Season in a ceremony officiated by Minster Michael Creed.

And the winner of the Punchestown Art Competition for Schools was 11 year old Alice Gardiner from St David’s National School, Naas.

SEE ALSO:Style and glamour on day two of Punchestown