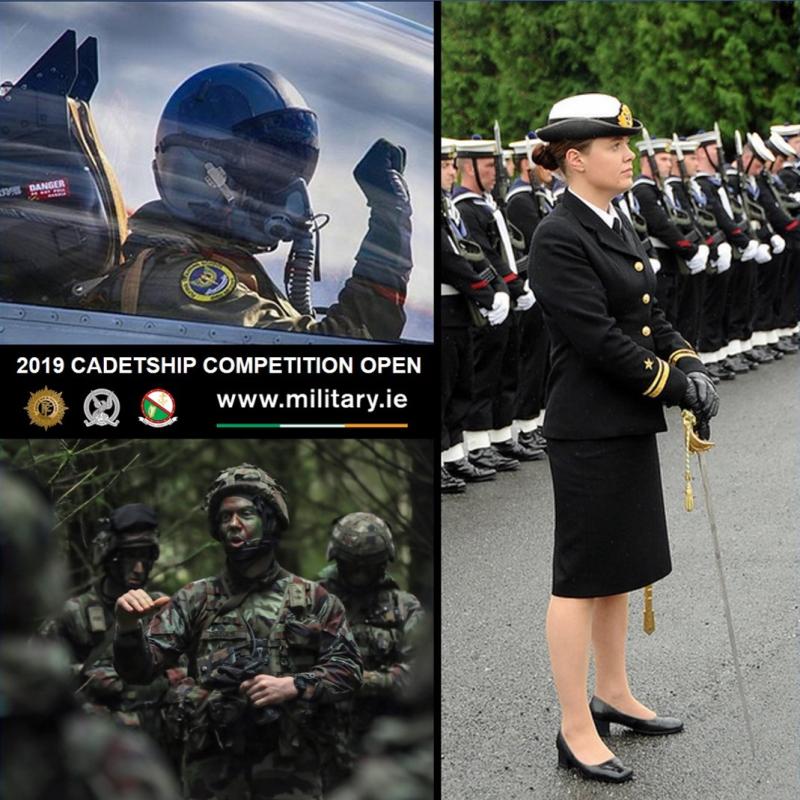 The Minister with Responsibility for Defence, Mr Paul Kehoe T.D.,  has announced the launch of the 2019 Cadetship Competition for 100 new cadets for the Permanent Defence Forces (PDF).

The aim of this years competition is to induct the 100 cadets to serve in the Army, Naval Service and Air Corps.

The cadetship competition is described as an opportunity for young people to serve their country as officers in the different branches of the Defence Forces. On completion of their cadetships, newly commissioned officers will have the chance to serve Ireland both domestically and on overseas missions, as well as experience a broad spectrum of training and education relative to their branch of service.

After successfully completing the cadet training course in the Military College, an army cadet is commissioned into the officer ranks of the army as a Second Lieutenant or Lieutenant

Commenting on today’s launch, Minister with responsibility for Defence, Paul Kehoe TD underlined the ‘opportunities a career as an officer in the Defence Forces offers, to young men and women, to learn vital life skills, develop their leadership potential, undergo world class training and enhance their education. Earlier this year, 77 cadets were commissioned from the 94th Cadet Class - 17 women were part of that class- the largest number ever to be commissioned from one Cadet class. I am committed to building on these success in 2019. Recruitment is the lifeblood of the Defence Forces and is a vital component to the development of Defence Forces capabilities."

The competition will be open from Thursday 18 April to Sunday 12 May and applicants can apply via military.ie