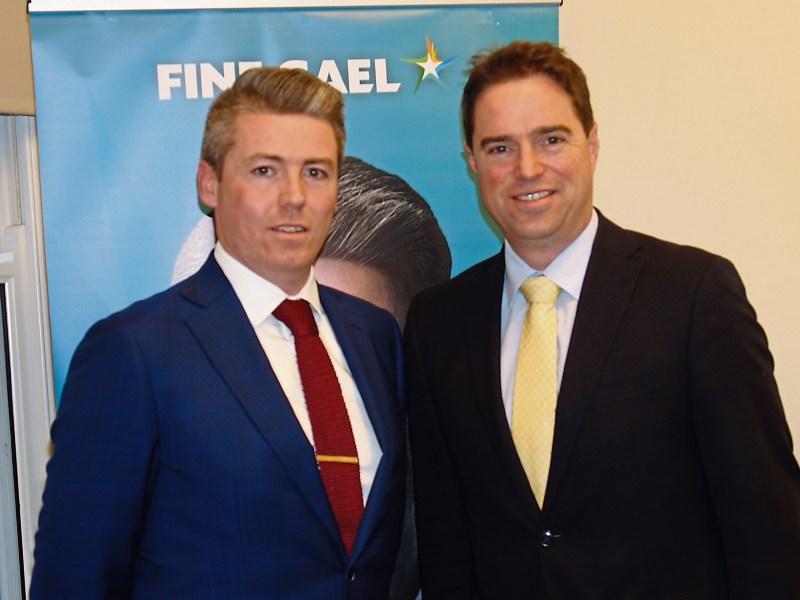 The campaign launch for Monasterevin man Kevin Duffy who will run in the local elections for Fine Gael took place on Monday, April 15 in Monasterevin Community Centre.

Kevin spoke of the significance of hosting his campaign launch in the newly refurbished rooms of Monasterevin Community Centre, recalling days he spent in there as a child. He discussed his love of Monasterevin and passion to give back to the town that he grew up in which prompted him to run for the upcoming elections.

He also spoke of his key priorities for the South Kildare area including town regeneration, education, social and affordable housing and tourism.

Former politician  Alan Dukes spoke about the qualities and attributes essential to a candidate running for local council while Deputy Martin Heydon spoke about the importance of having a elected representative in Monasterevin and surrounds.

With the town of Monasterevin in need of regeneration Deputy Heydon drew attention to the significance of having councillor to work alongside a sitting TD for the benefit of the town, as demonstrated when Kevin and Martin recently met with Joe McHugh, Minister for Education and Skills to highlight the ongoing delays to St Paul’s Secondary School.