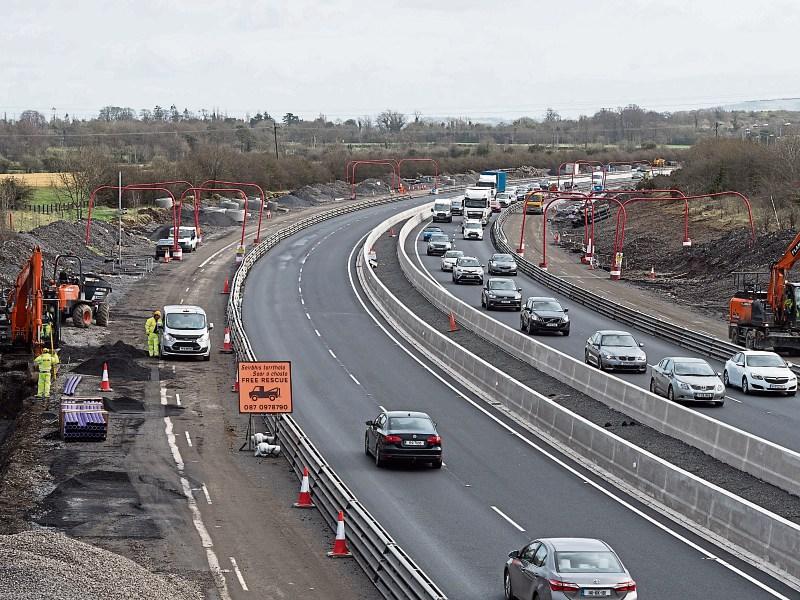 A man, who was before Naas District Court on Wednesday, April 3 for dangerous driving after he tailgated an ambulance at speed through the Naas M7 roadworks, was fined €700 and disqualified from driving for two years.

Eddie Moore, with an address listed as Ballincur, Mooncoin, Kilkenny came to the attention of gardai on November, 20, 2018 when he was observed driving behind the ambulance on the M7 from Osberstown, Naas at 120 kph in a 60 zone.

The court heard that he had no connection with the person in the ambulance at the time. Gardai followed him and he continued at speed until he was pulled in by gardai and taken to Newbridge Garda Station where he was charged with dangerous driving.

“There would have been someone fighting for their lives in that ambulance,” said Judge Desmond Zaidan.

“And you do this in road works.”

The court heard that the 35-year-old had 15 previous convictions and four children. He was on his way to a job emergency at the time and he had been behind the ambulance and felt it was fine to follow it as he was the next van in line. He didn't realise the speed and accepted that he drove the van in a dangerous manner. The court heard he was 'burnt out' at the time from working long days to support his family.

“He is fortunate that the court is not sending him to prison,” Judge Desmond Zaidan said, who refused to drop the charge from dangerous driving to careless driving.

“Tailgating an ambulance at that speed in extremely narrow roads in road works over a 10km stretch of road is dangerous.”

His disqualification will come into effect on September 15, 2019 next on request.