Both to fight professionally in the National Stadium 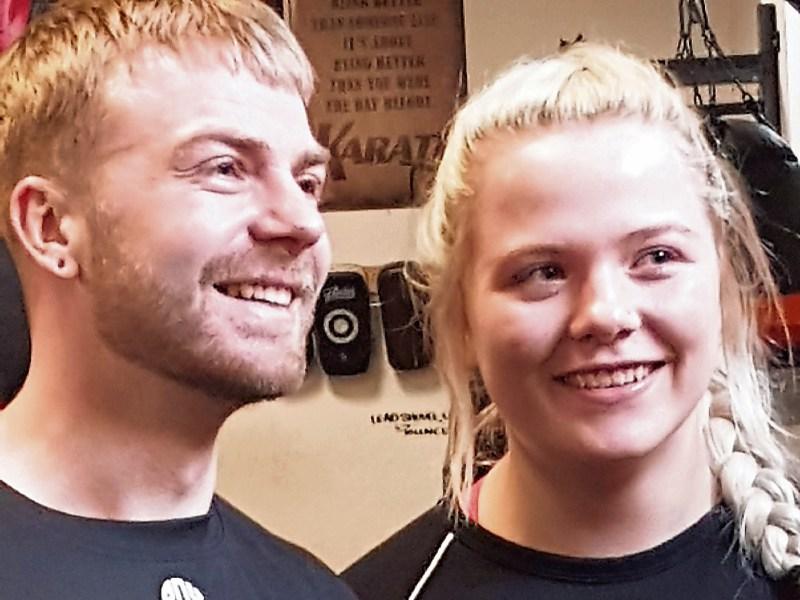 A brother and sister from Kildare town are set to make professional boxing history as they both prepare to fight professionally in the National Stadium on Saturday March 30, 2019.

Katelynn Phelan (18) is being trained by her father, Paddy, at St Brigid’s Boxing Club, and is getting set for her pro- debut on March 30, at the National Stadium for the Clash of the Titans, a collaboration between competitors Assassin and Boxing Ireland while her elder brother Allan (25) will also battle for a title on the same night.

“Katelynn and Allan will make Irish boxing history as the first brother and sister boxing on the same professional card, they box in the National Stadium on Clash of the Titans Card,” said dad Pat Phelan.

“Katelynn makes her professional debut while her brother Allan fights for a Celtic title, both have had a fantastic camp and ready for a great night of boxing.”

The fights consist of two-minute rounds and Katelynn will fight in the light-welterweight (140-pound) division once she settles into professional boxing.

The duo hail from a well known family of boxers in Kildare town.

SEE ALSO: Learn how to manage your diabetes