Man on trial for possessing €3m worth of drugs in Kildare, is brother of man caught with 15 firearms and 4,000 bullets earlier that day 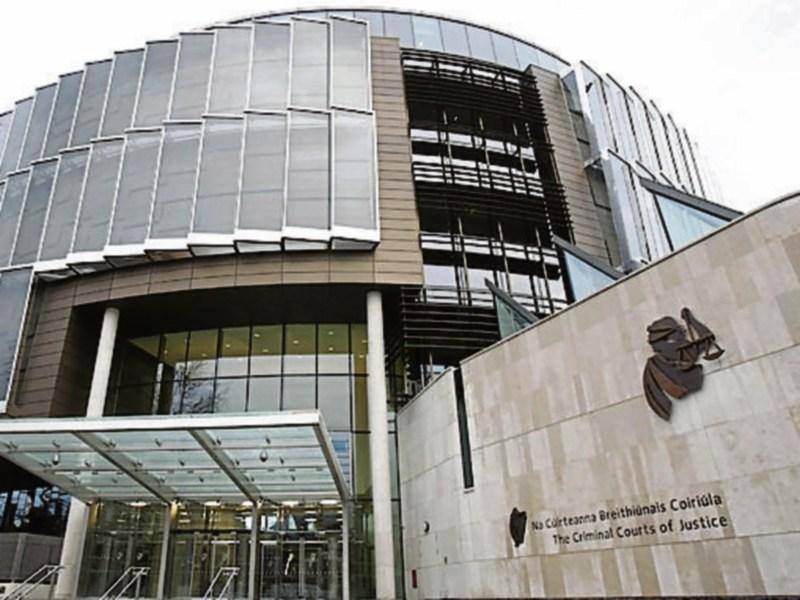 A man on trial for possessing almost €3 million worth of drugs and an assault rifle in Co Kildare two years ago, is the brother of a man caught with 15 firearms and 4,000 bullets in Dublin earlier that day.

Michael Brady (54), with an address in Blackrock, Co Dublin is charged with possessing €1.5 million worth of cocaine, €1.26 million worth of heroin, an assault rife and more than 180 rounds of ammunition at a property at Sallins Bridge, in Sallins, Co Kildare on January 24, 2017.

Mr Brady has pleaded not guilty to all nine counts on the indictment.

Opening the State's case, prosecuting lawyers told the three-judge court that the property at Sallins Bridge was under surveillance as part of a wider garda operation concerning activities at Greenogue Business Park, Rathcoole, Co Dublin.

The Special Criminal Court has heard that three men, Declan Brady (52), with an address at The Park, Wolstan Abbey, Celbridge, Co Kildare, Jonathan Harding (45) of McNeill Court, Sallins, Co Kildare and James Walsh (33), with an address at Neilstown Drive, Clondalkin, Dublin 22 were arrested at Greenogue Business Park earlier that morning at around 11.30am.

Last month, Declan Brady pleaded guilty to possessing 15 firearms and more than 4,000 rounds of ammunition at Greenogue Business Park on the day in question. He is awaiting sentence.

In January, Harding and Walsh were sentenced to ten years and nine years imprisonment for what the Special Criminal Court called a "lethal arsenal" of weapons including four loaded guns.

Fiona Murphy SC, for the DPP, told the three-judge court that Michael Brady was seen exiting the premises at Sallins Bridge in a grey Volkswagen Golf at around 2pm on the day in question. He was stopped and arrested under the Road Traffic Act in Naas, where he provided a false name "Declan Brady".

Det Gda Richie Byrne, of the Garda National Drugs and Organised Crime Bureau (GNDOCB), told the court today that he went to the premises at Sallins Bridge on the afternoon in question, following a briefing.

Giving evidence to Ms Murphy, for the prosecution, Det Gda Byrne said he observed a VW Golf leaving the premises at Sallins Bridge around 2pm. He pointed towards Michael Brady sitting in the dock and identified him as the driver. “That man there was driving” the VW Golf, which travelled in the direction of Naas.

Around half-an-hour earlier, Det Gda Byrne said he observed a VW Amarok leaving the premises at Sallins Bridge and the driver was known to him.

Under cross examination from Dominic McGinn SC, for the defence, Det Gda Byrne agreed that the initial focus of the operation was a premises at Greenogue Business Park in Rathcoole, Co Dublin.

He agreed that three individuals, Declan Brady, Harding and Walsh had been arrested at Greenogue Business Park earlier that morning at around 11.30am.

Det Gda Byrne told Mr McGinn that he was aware of what was found at Greenogue Business Park earlier that morning and said “that’s why I was at Sallins Bridge. I was directed to go straight there”.

He agreed that the investigation team had drawn a link between Greenogue Business Park and Sallins Bridge. “My job was to keep eyes on Sallins Bridge,” the witness said.

Det Gda Byrne confirmed that the driver of the VW Amarok, which had left Sallins Bridge approximately half-an-hour before the accused, was a son of Declan Brady.

He agreed that the accused, Michael Brady, was Declan Brady’s brother.

The trial has entered legal argument concerning the lawfulness of the arrest of Michael Brady in Naas at around 3.15pm on the day in question.

The three-judge court is expected to rule on legal issues canvassed in a “voir dire” or trial within a trial on Friday, when the case resumes before Mr Justice Paul Coffey, presiding alongside Judge Gerard Griffin and Judge David McHugh.