WATCH: Teacher and pupils talk of frustration and anger at St Paul's school in Monasterevin

"We are sick of excuses" 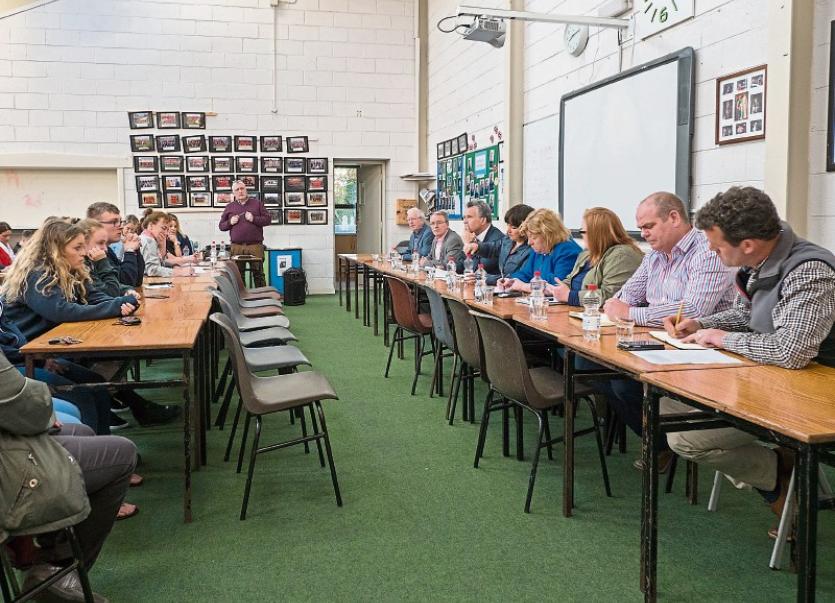 St Paul's students and a staff member have described their frustration and anger regarding the lack of facilities and the current delays in getting their new school in a new online video.

Another public meeting was held on Monday night, February 11, 2019 at the school to cite concerns over ongoing delays with the new build.

A Teacher and two students talk of cramped conditions, inadequate facilities at the current school, health and safety issues, freezing prefabs, fewer subject choices and the ongoing delays with the new build.

“The conditions we have are not good enough,” said Ms Walton a teacher at the school for the past 12 years.

“Storage rooms are currently being used as classrooms.”

The building work on the new school was due to begin this autumn at the latest with talks of facilitating an earlier build. However last November the Department of Education responded to concerns that the tendering for the new building for St Paul’s in Monasterevin has been postponed due to a legal case against the Department of Education and Skills.

A Department of Education and Skills spokesperson confirmed that there is an ongoing legal challenge in relation to the process.

St Paul's students and parents will take part in the St Patrick's Day parade to highlight the delays in the new school build.

“We would appreciate as much support as possible in the parade. We'd like to take the opportunity of thanking the parade committee for the opportunity to highlight the plight of our community. Monasterevin parade will be part of the RTE TV coverage.”