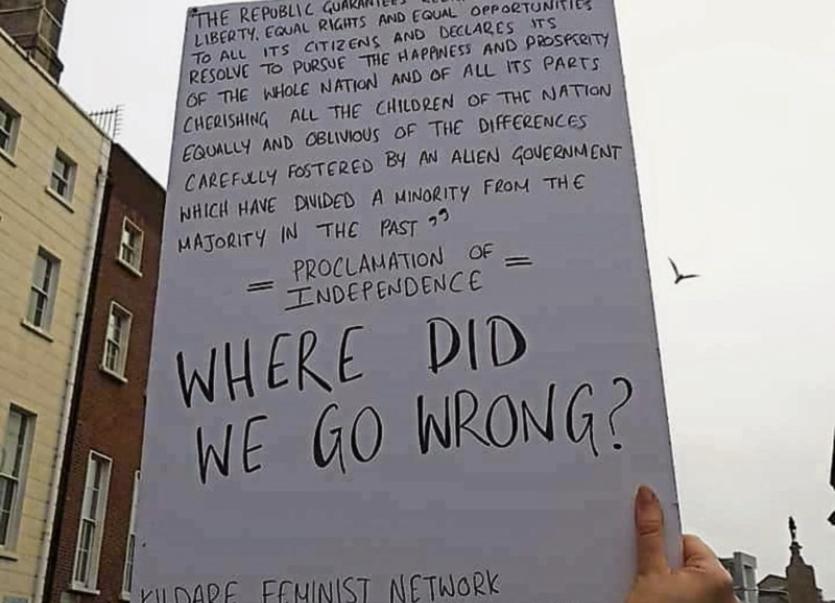 One of their posters

Kildare Feminist Network, a grassroots group working towards equality, autonomy and choice for all people, are hosting a Reclaim the Night Walk in Dublin city centre on March 2, 2019 at 8.30pm.

The group are asking women, trans people and non-binary people to join them under Clery’s Clock on O’ Connell Street to stand up to the violence and harassment they experience in public spaces and show their solidarity for the victims of such attacks.

“We organised this event in the run-up to International Women’s Day because we want to take a stand against sexual violence and targeted harassment on the streets of our cities.  Too many women are afraid of being attacked when out in public, particularly after dark, and we’re tired of taking all kinds of precautions to keep ourselves safe.  We want to send out a message that we belong in public spaces and we shouldn’t be afraid.  We’re asking people to join us at 8.30pm under Clery’s Clock, where we will start our walk and reclaim public spaces that we are being pushed out of by fear and anxiety.”

Speakers on the night include CEO of the Dublin Rape Crisis Centre, Noeline Blackwell and Kate McGrew from Sex-Workers Alliance Ireland.

“We are asking cis-gendered men not to join us on the walk.  We know many of them are allies who shoulder the responsibility of keeping us safe; they walk us to our homes and our cars and they watch out for us.  We appreciate their willingness to do this, but we resent the fact that we need to be protected.  On this night we want to walk alone and still feel safe.”

Inspiration for the walk came from a viral tweet by Danielle Muscato, a US based activist who asked women: ‘what would you do if all men had a 9pm curfew?’.  Her tweet provoked thousands of responses from women who wanted to do simple things, like walk home or take a short-cut, without feeling afraid.  According to the Julia:

“The responses were chilling but not shocking and showed how much women, trans and non-binary people have internalised a fear of being assaulted.  Living in constant fear is not ok, we deserve to feel safe in public spaces after dark and if you agree, we would love you to join us on March 2nd to reclaim the night.”