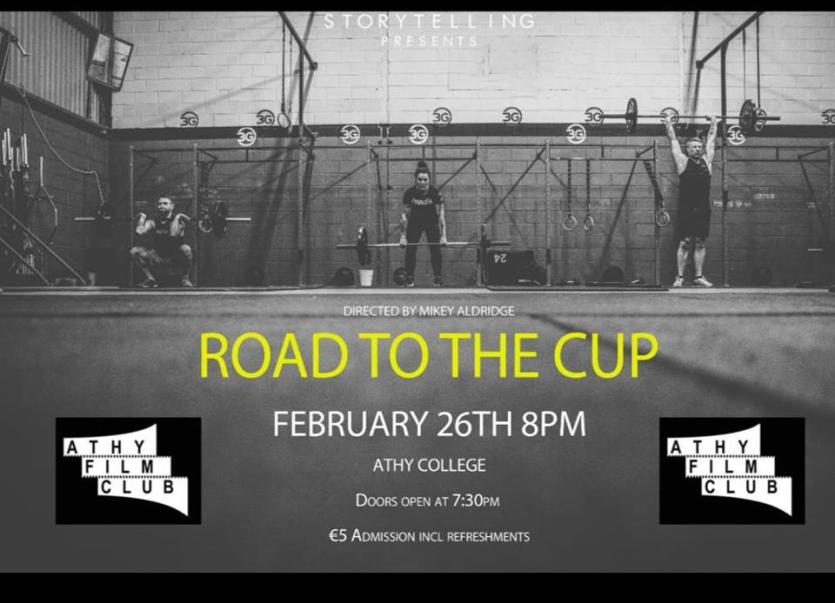 A still from the documentary

A documentary by an Athy film maker will be screened at Athy Film Club on Tuesday, February 26, 2019 in Athy College.

Entitled ‘Road to the Cup’ the documentary follows ollows Athy locals Ali Kelly-Davis, Brian Davis and Daz O’Brien as they competed in the Celtic Cup in Dublin in January 2019.

It was directed by Athy man Mikey Aldridge and shows how they took on the tough challenge to compete against  200 teams in the gym fitness event.

They represented 3G Fitness from Athy.

There will also be a question and answer session afterwards with the director and the people who took part in the documentary.

Admission for the Athy screening is €5 including refreshments. Doors open 7.30pm.