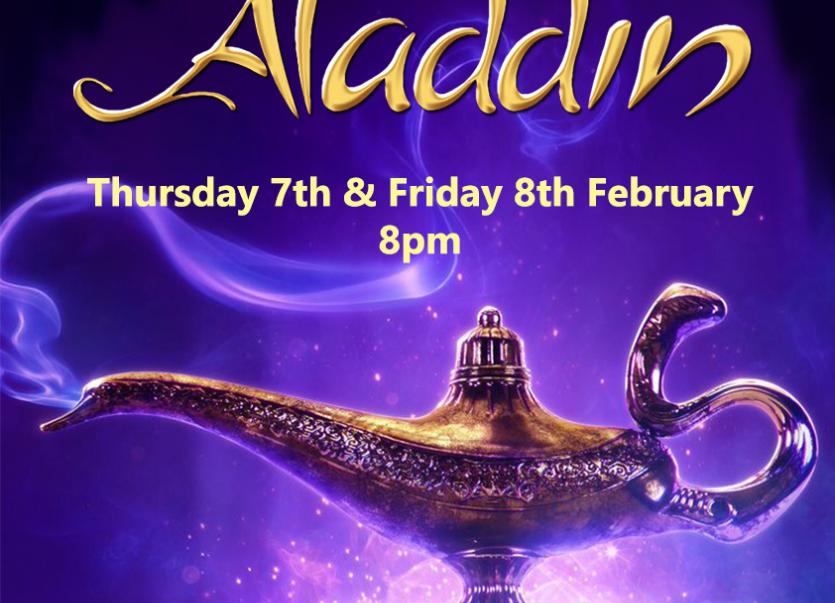 Aladdin on at St Paul's next week

The Transition Year Students of St Paul’s Secondary School Monasterevin, are in preparation for their upcoming production of Aladdin, set to take the stage on the evenings of Thursday, February 7 and Friday February 8, 2019.

Since September, the TYs have been working on the script for the annual TY show.

Under the direction of their drama teachers, Ms Barrett, Ms McHugh, Ms Murray and Mr Keenan, the TY students are perfecting lines, songs and dances, and bringing the production together. Behind the scenes, costumes, props, lights and sound are also being prepared by Transition Year students and school staff. For the first time ever, a live band will support the show, bringing an added dimension to this year’s production.

As always, there’s a buzz going around the school, among students and staff alike. The TY students remain silent about many elements of the show, leaving lots of surprises in store for the audiences. There is a growing atmosphere of excitement, anxiousness and anticipation among all concerned, including the teachers!

This year, a stellar cast and ensemble will take the stage to entertain us, for a truly unforgettable night. The cast includes Seán Culletton as Aladdin, Taylor Doran as the Princess (Jasmine),Robyn Monahan as Abanaza (Jafar), Ben Guinan as the Genie and Dearbhla Hayes-Fitzpatrick as Widow Twanky, along with many, many more! As always the bar is set high for the TYs, especially on the back of last year’s phenomenal production of “Cinderella”, but the TYs are as determined as ever to blow us all away!

Every aspect of the production will be perfected, from hair and makeup to costumes and props. Everyone has a role to play both on and off of the stage, helping bring absolutely everything together.Ben Guinan (TY Student)

Don’t miss out, be sure to get your ticket for St.Paul’s Monasterevin production of Aladdin, on next week.

Tickets available from the School Box Office at reception.