Pedestrian killed while crossing the road 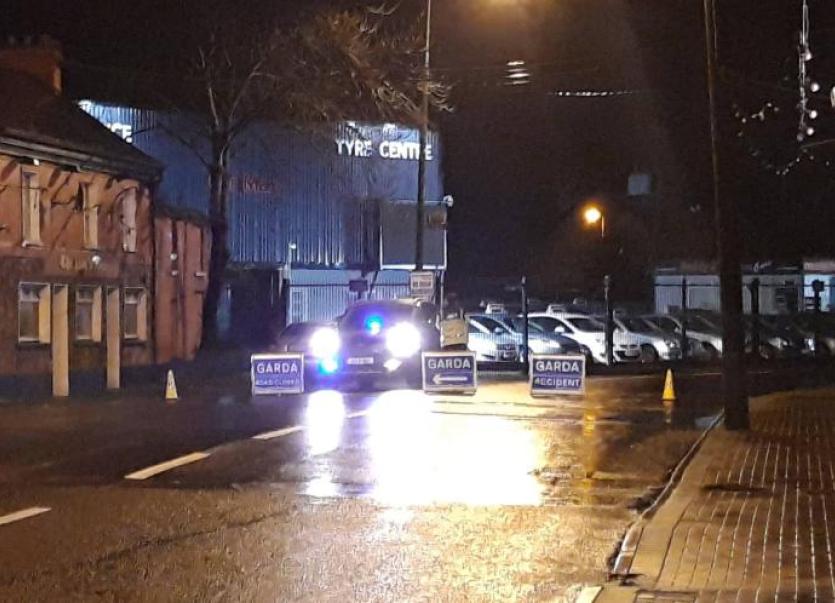 Road diversions were immediately put in place between the Nag's Head (above) and Fitzpatrick's Garage on the Dublin Road in Monasterevin Picture: Leinster Leader

Kildare gardaí have renewed their appeal for dash camera footage, and witnesses to, the fatal incident in which a Polish man in his 40s was struck by a 4x4 vehicle in Monasterevin last Thursday evening, January 24.
The collision happened while the man was crossing the Dublin Road, between Fitzpatrick’s Garage and the Nag’s Head pub, shortly before 7pm.

The deceased has been named as Marcin Kozan, a Polish national. According to gardai, he had been walking on the left hand side towards town from Fitzpatrick’s Garage at the time of the incident. He was treated at the scene but he died a short time later.
The driver of the 4x4 was uninjured.

A garda source said that the incident happened while Mr Kozan was trying to cross the road.
“He was living in Portarlington and he has no immediate family here,” they said.
“He wasn’t working and he has lived in Ireland for a number of years.
“His family are living in Poland and some in Germany. No funeral details have been arranged yet.
“We are appealing for witnesses who were on that stretch of the Dublin Road at 6.45pm on Thursday evening to contact either Monasterevin gardaí or Kildare town gardaí.”

The matter is still under investigation by gardaí, who are also appealing for any dash camera footage from the evening.
The remains of the deceased man were removed to the mortuary at Naas Hospital last Thursday, and a post-mortem was carried out. The coroner was also notified.
Road closures were in place in Monasterevin from the time of the accident until late on Thursday evening, and traffic was diverted away from the town.

Cllr Mark Wall extended his sympathies to the victim’s family in Poland.“My condolences to his family. This is tragic for his family. If there is anything that the council can do to help the family in any way then we will be happy to do so.”
Cllr Suzanne Doyle said that a town the size of Monasterevin should have a traffic management plan to make it safer for pedestrians crossing the road in heavy traffic.