WATCH: Have you heard the one about the dead crow and the magical gate in Castledermot? 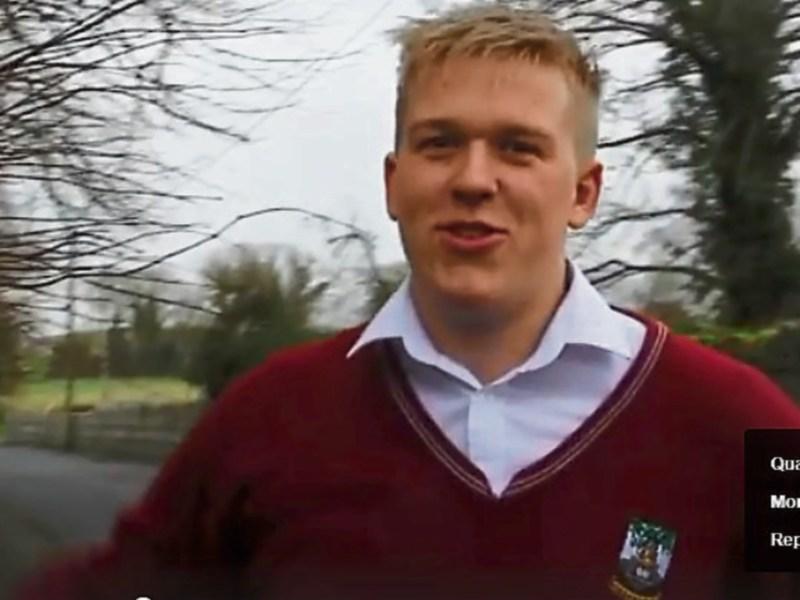 Have you heard the one about the dead crow and the magical gate in Castledermot?

Local youngster Gareth Horan was filmed outside Castledermot grave yard back in 2016 as part of a project recorded by Folklore collector Michael Fortune entitled ‘As true as that crow is dead’.

"The lad talking to me is Gareth Horan and he’d told me a story a few weeks back about shooting crows on his farm and how the dead crows would never fall into the graveyard after being shot," said Michael.

"A common belief in certain parts of the country. As it was my last day working with in the school, he said he’d tell it to me in front of camera.  We went down to the spot where a crow was hanging ‘an inch and a quarter’ over the graveyard wall, proving his point, that if it did fall, it’d land outside the graveyard walls.  When we were there he also told me about a gate close by, where someone was killed years ago and as a result, neither him of his horses will cross though it. A common theme is much rural folklore. Lovely to hear a real Kildare accent in the process and also to show that folklore isn't dead and gone with all the 'old people'."

The overall project was supported by the Arts Department of Kildare County Council.