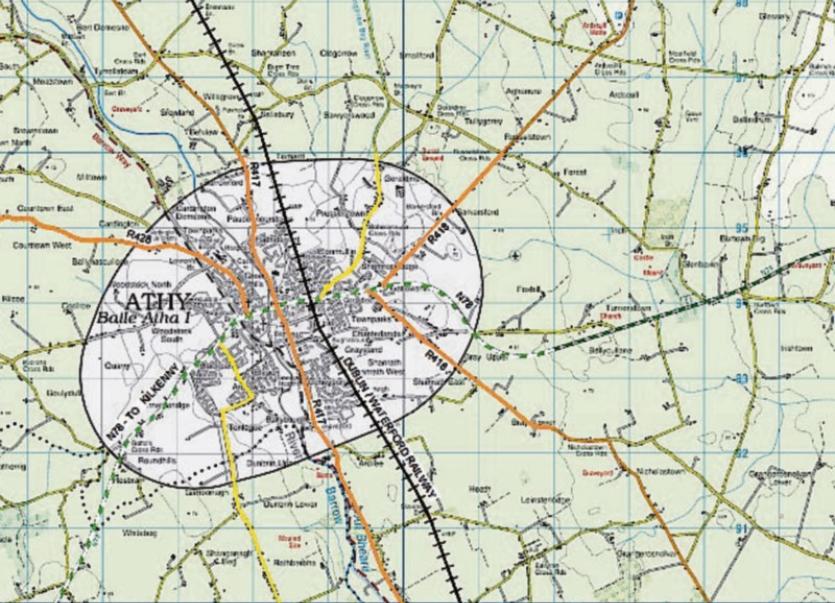 Delays of up to three months are expected for the long awaited ring road in Athy due to an ongoing issue with abandoned Irish Rail lines.

Members of the Athy Municipal council were informed of the delays at this morning’s monthly meeting.

The meeting heard that there is an issue with Irish Rail in relation to land acquisition of the former railway land for the ring road. Members were told that the council has only just learned that Irish Rail has not gone through the proper procedure yet with regard to the Railways Act and abandoned railways.

“This means that Irish Rail have yet to go through this process,” said John Coppinger of KCC.

“We assumed that they had already done this but they haven’t. It effects where ever there is a railway line, namely at Dun Brinn. I expect I will be able to resolve it up how quickly yet I don’t know – possibly in two to three months.”

Members were told that the abandonment procedure is a complicated and lengthy affair with numerous procedures set out by government to comply with, before the land can be acquired by the council.

Cllr Mark Dalton requested that the council write to Irish Rail with their concerns over this delay.

“I am flaggergasted – this project has been in the pipeline since 2004,” he said adding that Irish Rail had all that time to sort this out.

It was agreed that the council would write to Irish Rail on the matter.