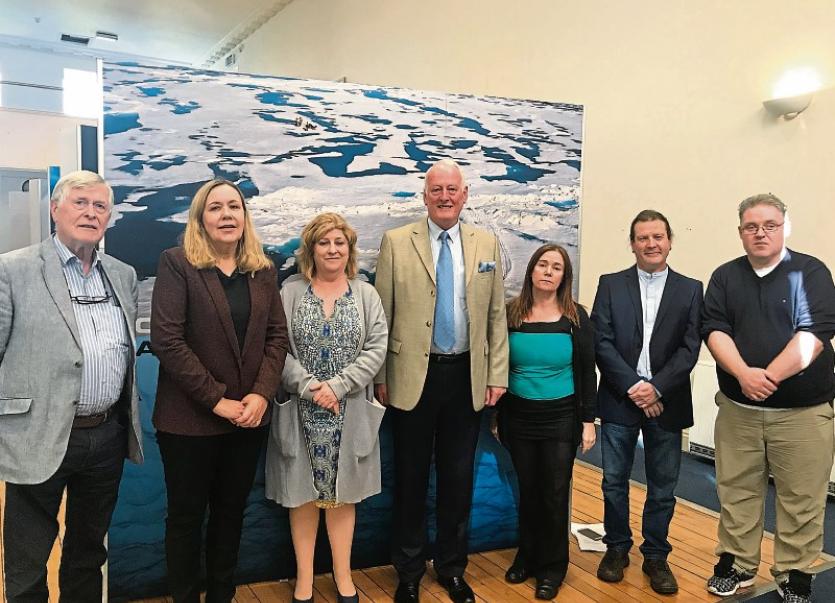 The 6th class students of Scoil Phadraig Naofa were in attendance during the visit of the Ambassador to the exhibition, which runs until Thursday 27 September.

The Ambassdor tackled the problem of climate change in the polar regions and explained all of the issues that goes along with it to the sixth class pupils.

They heard all about polar bears and what not to do if you find yourself in the company of one.

“When you see a polar bear don’t panic and don’t walk up to one either,,” she said.

“The polar bears are suffering too due to climate change because there are no seals for them to eat. As a result they have attacked kids and grown ups and in some cases even killing people. The polar bears don’t look at you as a human – he looks at you as a steak.”

“On Thin Ice” captures the dramatic climate changes today,with stunning images, and the story of the unique frozen expedition.

Throughout the winter of 2015, the research vessel Lance was purposely frozen into the Arctic ice at 83° North, halfway between mainland Norway and the North Pole.

The Norwegian Polar Institute completed numerous  tests and research activities on the environmental changes in the Arctic, as climate changes are most visible in this region. By 2030 the predictions are that the ice will be thinner, more salty and less rigid in Norway.

“If climate change is not reversed we won’t have polar bears in Norway,” she added.

The children learned all about the expedition and enjoyed asking questions throughou the Ambassador’s talk.

The exhibition runs until the end of September.