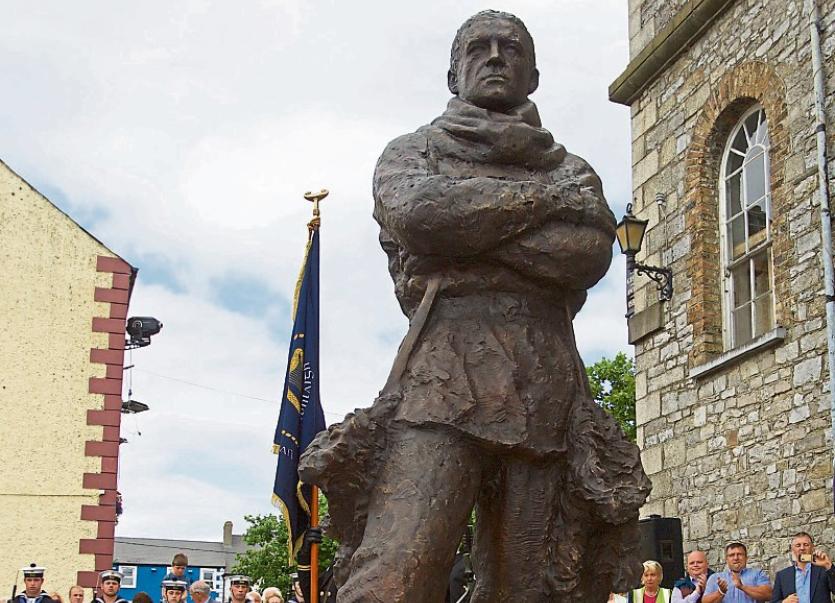 The 6th class students of Scoil Phadraig Naofa will also be in attendance during the visit of the Ambassador to the exhibition, which runs until Thursday 27 September.

“On Thin Ice” captures the dramatic climate changes today,with stunning images, and the story of the unique frozen expedition.

Throughout the winter of 2015, the research vessel Lance was purposely frozen into the Arctic ice at 83° North, halfway between mainland Norway and the North Pole. The Norwegian Polar Institute completed numerous  tests and research activities on the environmental changes in the Arctic, as climate changes are most visible in this region.

The exhibition demonstrates tangible evidence on the profound consequences of climate change in the Arctic. Endangered species risk losing their territories due to melting glaciers, and rising sea levels constitute a severe concern for both animals and people in the future.

From January to July 2015 the ship drifted with the ice, as the scientists on board studied the effects of the new thin, first-year sea ice from winter until spring. The Lance spent 111 days attached to an ice floe, and 68 scientists from 11 countries, 27 support staff, and a ship crew of 20 were involved.

The “Norwegian Young Sea Ice Expedition 2015” (N-ICE2015) gathered knowledge that will contribute towards making us better equipped to understand and predict our global destiny. The work of analyzing and understanding the data collected will continue for several years.

The exhibition is free to all schools however booking is essential.