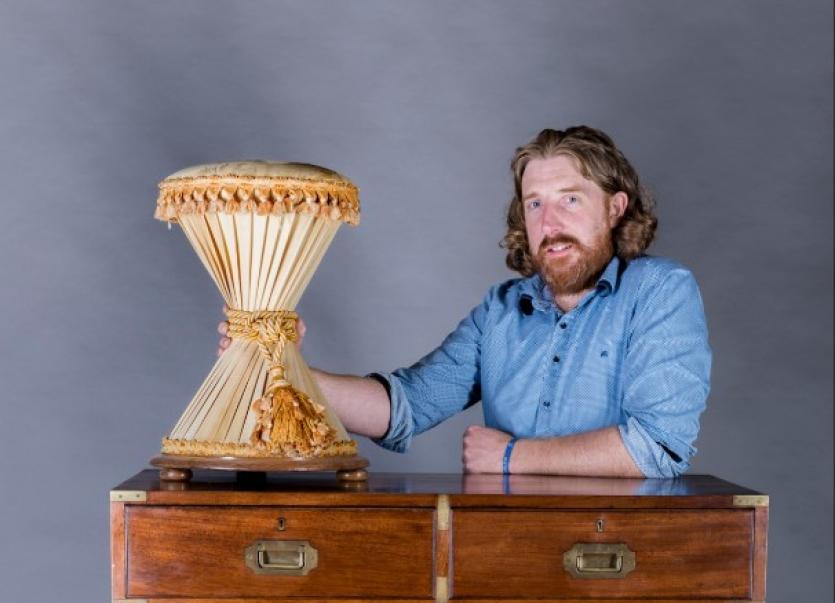 A Kildare antiques specialist will recreate the delights of a 19th Century French drawing room and an Irish dining room on the national stage at Timeless, The Irish Antique Dealers Fair, in Dublin's RDS from September 28-30.

Eoin Ryan of Straffan Antiques is giving attendees the chance to step back in time by recreating two society living rooms, as they would have appeared in the Dublin and Paris of the 1800's.

He also has a 19th century army officer's 'war chest' on show.

"Dublin's talented cabinet makers produced some of the very best Rosewood and Mahogany furniture of the early 19th century, a lot of it was exported but I have been collecting it and bringing it home," said Eoin.

The annual Timeless fair at the RDS combines contemporary design history with the best of Irish antiques, giving attendees a unique chance to find that perfect piece.

A 19th century army officer's campaign chest is among the pieces Straffan Antiques will have on show at Timeless.

"Made by Ross and Co in Dublin, the campaign chest was probably for an officer in the Boer War.

"The chest would contain all the officer’s necessities, carried by servants, the idea being that they could set up a 'home from home' at the officer's army camp," Eoin explained.

A qualified antiques restorer and conservator, Eoin grew up in a family steeped in antiques and he now has four people employed full-time in the restoration side of the business.

"We are finding more and more people are becoming interested in antique furniture because of its amazing quality, particularly Irish furniture which was among the best."

Visitors to Timeless will also be able to view the treasures of Salvador Dali for the first time in Ireland.

Gormleys Fine Art are bringing a collection of 14 Dali works, worth over €300,000, to the event, the first time that a display of this size has come to Ireland.

“This will be the first chance for many people to experience so much of Dali’s work at close hand,” said Oliver Gormley.

The top Irish jewellers will also be in attendance at the Fair which features a carefully selected blend of contemporary and antique-focused exhibitors, allowing all ages to focus on the once-off, yet affordable, design that appeals to them.

Admission to Timeless – The Irish Antique Dealers Fair – at the RDS from September 28-30 is €10,