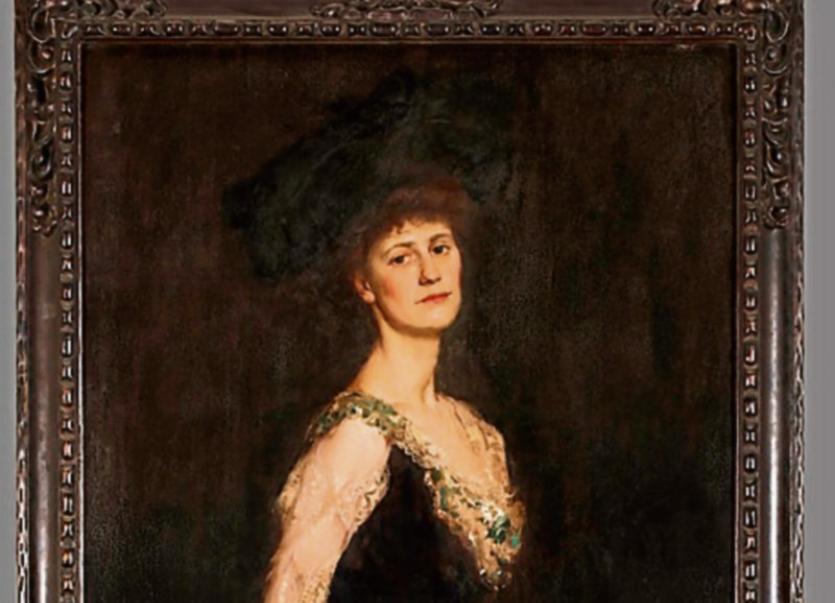 A picture of the first woman elected to the House of Commons, Constance Markievicz, will be gifted to the UK Parliament by the Ceann Comhairle, Seán Ó Fearghaíl TD on behalf of the Dail as Britain formally recognises the first female MP elected to Westminster .

The picture, which is a photographic reproduction of a 1901 oil painting of Markievicz owned by Dublin City Gallery The Hugh Lane, will go on public display from this evening in Parliament’s landmark ‘Voice and Vote’ exhibition until 6 October when it will be transferred to Portcullis House for public display.

The gifting of the Markievicz picture is just one of the ways in which the Houses of the Oireachtas and the UK Parliament are marking the centenary of the 1918 Representation of the People Act, which gave some women in the United Kingdom of Great Britain and Ireland the vote. It was followed later by the Parliament (Qualification of Women) Act 1918 which allowed all women over 21 to stand for Parliament.

In the December 1918 general election 8.4 million British and Irish women were eligible to vote for the first time and 17 women stood for election including Constance Markievicz (Sinn Féin) and Christabel Pankhurst (Women’s Party). Constance Markievicz, standing for Dublin St Patrick's division, was the only women to be elected.

Markievicz had long been involved in political activism by the time she was elected, having earlier joined Sinn Féin and Inghinidhe na hÉireann, a nationalist women’s organisation. In 1908 she joined the suffragist opposition to Winston Churchill in the Manchester-North by-election. She supported the striking workers of the Irish Transport and General Workers Union during the 1913 Dublin Lockout, and joined the Irish Citizen’s Army. Markievicz was one of many women who took part in the 1916 Rising, fighting with the Citizen Army, for which she was imprisoned and sentenced to death.

Markievicz’s sentence was commuted on the grounds of her sex, and she was released in 1917. However, she was rearrested and imprisoned the following year for her participation in nationalist activities in Ireland. She was still imprisoned when elected to the House of Commons, and celebrated the historic win from her cell, where she received a letter from 10 Downing Street inviting her to attend the state opening of parliament, addressed “Dear Sir…”. However, she never took her seat in Westminster.

Markievicz became a dedicated parliamentarian in the Dáil, and was appointed Secretary for Labour and a member of the executive – making her the first woman to hold a ministerial position in Great Britain and Ireland, and the first woman Minister in Western Europe.

Markievicz spoke about her suffrage activities in Dáil Éireann on 22 March 1922:

"I rise to support this just measure for women because it is one of the things that I have worked for wherever I was since I was a young girl. My first realisation of tyranny came from some chance words spoken in favour of woman's suffrage and it raised a question of the tyranny it was intended to prevent —women voicing their opinions publicly in the ordinary and simple manner of registering their votes at the polling booth. That was my first bite, you may say, at the apple of freedom and soon I got on to the other freedom, freedom to the nation, freedom to the workers. This question of votes for women, with the bigger thing, freedom for women and opening of the professions to women, has been one of the things that I have worked for and given my influence and time to procuring all my life whenever I got an opportunity. I have worked in Ireland, I have even worked in England, to help the women to obtain their freedom. I would work for it anywhere, as one of the crying wrongs of the world, that women, because of their sex, should be debarred from any position or any right that their brains entitle them a right to hold."