Send us your memories of nights out in the Cush Inn 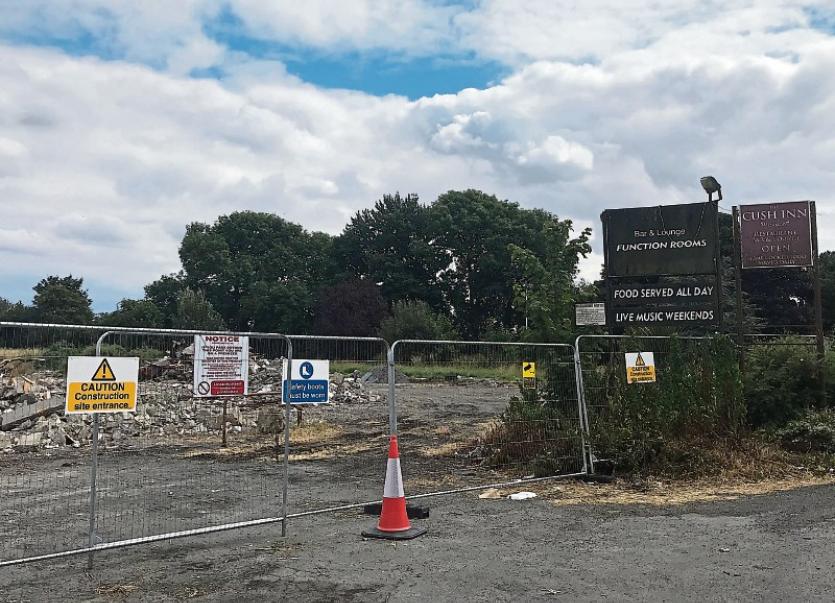 Demolition works at the Cush Inn

Kildare’s long standing Cush Inn in Kildangan has been demolished this week to make way for a renewable gas facility.

The former public house and restaurant was a well known landmark in Kildare before it was extensively damaged by fire in 2013. It had a lounge and restaurant area as well as a ball room and it was in it’s hey day the place to be for night life and weddings and even bike rallies over many decades of Kildare life.

The pub was a dance and band venue to some very famous acts.

Only the sign for the Cush Inn remains at the 1.5 acre site - yet to be removed - as a last reminder of the former music venue, pub and restaurant.

It also includes outbuildings associated with The Cush Inn. The original application stated that The Cush Inn would remain in situ. However it was later revised to include the demolition of the longstanding Kildare landmark to make way for a new entrance after a signifcant further information request was made by the council.

We are looking for your memories and photographs of the good old times at the Cush Inn. Please share your memories with us either by email to paula@leinsterleader.ie on via the comments section on the Leader facebook page.