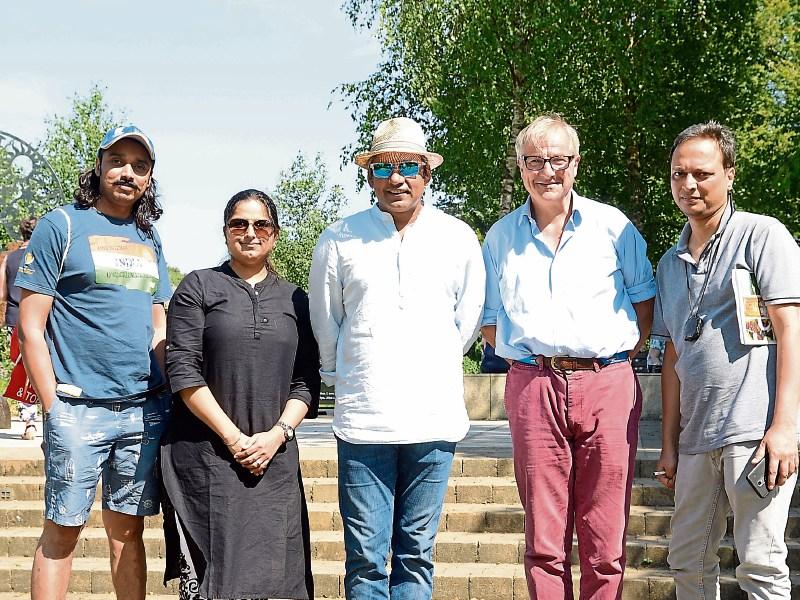 He is filming a number of short videos at some top attractions for Tourism Ireland – including the Irish National Stud and Japanese Gardens.

The videos aired in the ad breaks during the recent Ireland vs India cricket matches on the Sony Pictures Sports Network.

“Tourism Ireland is delighted to welcome Ajay Jadeja to Kildare,” said Huzan Fraser, Tourism Ireland India. “The videos he’s filming here will be seen by around 255 million cricket fans, positioning Ireland as a highly desirable place to visit. It’s the kind of publicity that money simply could not buy.

Ireland played India in two T20 cricket internationals in Dublin last week; the first match took place on Wednesday 27 June and the second took place on 29 June, in Malahide. With an estimated 255 million people set to watch both matches on the Sony Pictures Sports Network – in India and in other cricket-loving countries around the world – Tourism Ireland is taking every opportunity to capitalise on this unique opportunity to showcase Ireland.

Cricket is India’s most popular sport by far and is played and watched almost everywhere in the country, so Ajay’s visit and the videos he’s filming here present a superb opportunity to highlight Kildare and Ireland.