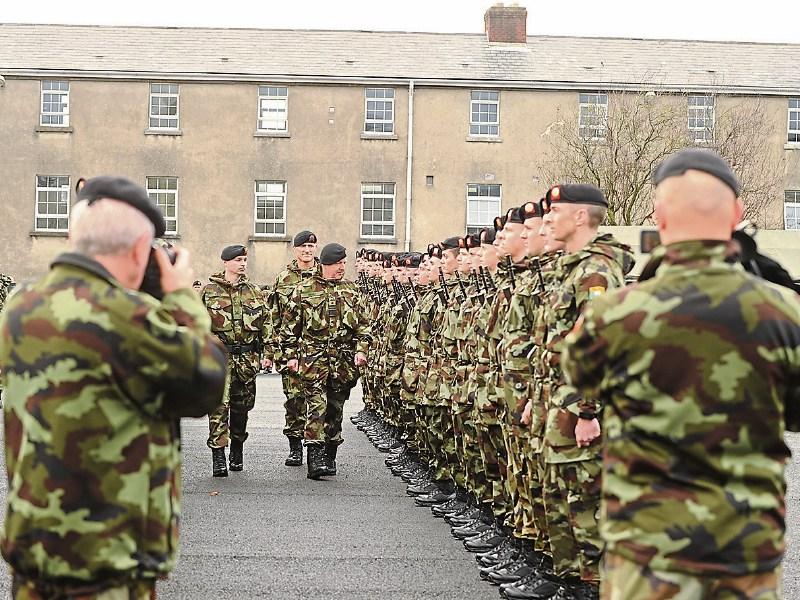 A ceremony to mark  the 60th anniversary of Ireland’s first deployment on United Nations Peacekeeping service in 1958 took place at Dublin Castle on Sunday 24. President Michael D. Higgins will preside over the ceremony in the presence of An Taoiseach, Leo Varadkar T.D. and Minister with Responsibility for Defence, Paul Kehoe T.D.

The Defence Forces have released a video to mark the occasion. Ireland now holds the proud record of the longest unbroken service of any peacekeeping nation in the world, with close to 70,000 individual tours of duty completed by the men and women of the Defence Forces including the Curragh Camp in Kildare.

In 1963, in his address to Dáil Éireann, US President John F. Kennedy spoke passionately about Ireland’s contribution to Peace in the world. This video highlights his speech, along with contributions from An Taoiseach Leo Varadkar T.D., Minster with Responsibility for Defence Paul Kehoe T.D., Chief of Staff of the Defence Forces Vice Admiral Mark Mellett DSM and Garda Commissioner Donal O’Cualain.

Commenting on the occasion, An Taoiseach said:

“The Irish Government is strongly committed to contributing to international peace and security. Thousands of Irish men and women have served in the blue helmets over six decades, and that’s one of the reasons Ireland is making bid for a seat on the UN Security Council. Ireland’s outstanding record on the international stage in the service of Peace strengthens the values we represent as a nation, inspiring the pride of our people at home and abroad.”

Ireland's contribution has not come without sacrifice, 87 members of the Defence Forces, and one member of An Garda Siochana, have made the ultimate sacrifice in the cause of peace.

Today, there are 645 members of the Defence Forces deployed in 13 missions, in 13 countries and one sea, these troops are continuing Irelands proud peacekeeping record.