Ombudsman receives 109 complaints from Kildare in 2017 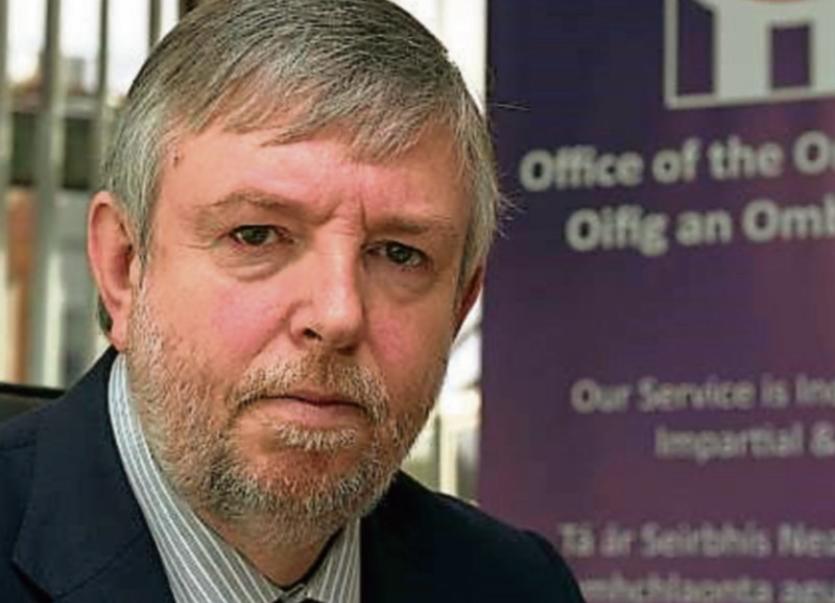 Ombudsman Peter Tyndall received 3,021 complaints about providers of public services last year with a total of 109 complaints received from people living in Kildare.

The Ombudsman’s annual report for 2017 was published today, Wednesday 20 June and shows that there was increased number of complaints about the local authority sector in 2017.

One such complaint in the report details a woman who was charged €10,950 development fees by Kildare County Council despite Naas town council waiving the charge.

A woman said that at the time of the sale of a property her solicitor had paid €10,950 to Kildare County Council in error and that the Council was refusing to refund it. She explained that this money was for development contributions. However she had been informed in 2009 that a portion of these contributions (€6,824) had been written off by Naas Town Council as they had already been paid by a previous developer. Though a portion of these contributions had been written off in 2009 the woman’s solicitor mistakenly paid the full €10,950 to Kildare County Council -who had since assumed the responsibilities of Naas Town Council -when finalising the planning permission in 2016.

The woman had appealed a decision by the Town Council in 2007 in relation to certain planning permission conditions to An Bord Pleanala (ABP). ABP’s decision in 2008 was to remove certain conditions and attach a condition for development contributions of €10,950. However, the Town Council had already made an order removing a portion of the contributions as they were considered to be a duplication of previous contributions. This was made while the appeal was being considered and never conveyed to ABP.

Initially, on receipt of the money from the solicitor in 2016, the County Council said that it was correct in collecting the payment in accordance with the decision made by ABP. However, it decided to examine the file, having taken over the duties for this area following the abolishment of Town Councils. The County Council decided that if the Town Council had applied the method used in accordance with the appropriate scheme at the time in calculating contributions, any previous payments should have been taken into account and deducted from the overall charge.

The Ombudsman put it to the County Council that the person should then be entitled to a refund of the balance of the amount paid. The Council agreed and said that it would refund the woman this amount which was €6,824.

Another case study reports that a farmer from Kildare was penalised €27,550 in relation to his Rural Environment Protection Scheme (REPS) payment.  The man had changed ownership of lands but did not inform the Department of Agriculture, Food and the Marine, which he is supposed to do under the scheme.

However, when the Ombudsman examined the case he discovered that the Department had not processed the man’s application correctly. He had not been told of the consequences of not informing the Department about a change in land ownership.

The Department apologised and agreed to reissue the payment of €27,550 to the man.