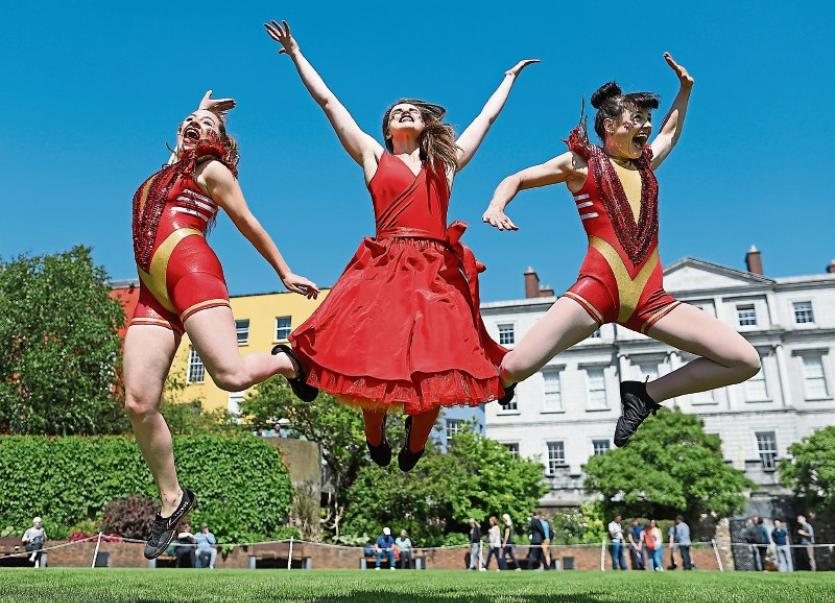 Clubs, projects and individuals in Kildare who have benefitted from National Lottery Good Cause funding have been invited to enter an exciting new national competition with the chance of winning a total of €35,000.

The new National Lottery Good Causes Awards, launched this week, are aimed at honouring the inspiring work and achievements of thousands of projects, clubs and individuals in Kildare and all over Ireland.

The significant new Awards initiative, which will have seven categories, will recognise the incredible difference that National Lottery-funded projects have made to communities in recent years.

The Awards will involve County and Regional Finals culminating in a Gala Awards Final Dinner which will be held in Dublin on November 3rd. Entries are now open for the Kildare County Competition in all categories.

Champion race walker, Rob Heffernan, has competed in five Olympics starting in Sydney in 2000, officially launched the Awards.  His many achievements include winning bronze medals at the 2012 London Olympics and the 2010 European Championships, along with winning gold at the 2013 World Championships in Moscow. His wife Marian is a 400m sprinter who also competed at the London Olympics.

Chair of the judging panel, businessman and broadcaster Bobby Kerr, said: “These are very important awards. As somebody who travels regularly all over Ireland for my work I am aware of the impact of National Lottery Good Causes funding and its importance. It is an honour to be chair of the judging panel and I am looking forward to learning more about the incredible work and achievements of groups and individuals as we go through the judging process.”

Individuals, community projects and organisations in Kildare who received Good Causes funding in the years 2014, 2015 and 2016 are eligible to apply. Applications for the Awards are now open and people can enter and check eligibility at www.lottery.ie/good-causes-awards.

The Awards will have seven categories, with County and Regional finals leading up to the Gala Awards Dinner on Saturday 3 November.

The six categories are:

Sport; Health and Well Being; Arts/Culture; Heritage; Community;  Youth Affairs and Irish Language (Special award to be announced at the Awards final)

Each category winner will received €10,000 and the overall Good Cause of the Year will receive an additional €25,000.