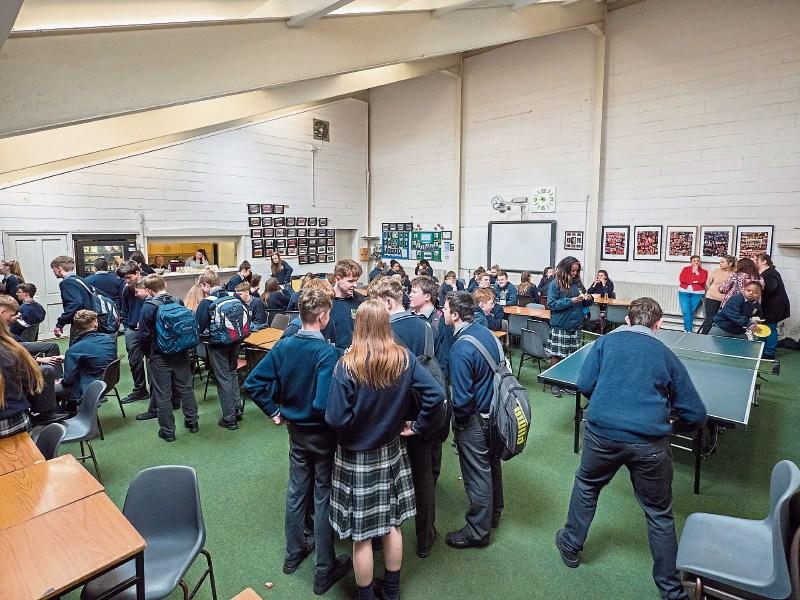 Assembly area at St.Paul’s, Monasterevin, which has to cater for up to 450 students.

The Minister for Education Richard Bruton TD has spoken of his commitment to fast track St Paul's school in Monasterevin.

The Minister spoke to the Leinster Leader while in Kildare town on a whistle stop tour on Friday.

He said that the pre-qualification stage was approved on May 22 last for the new school.

“We would hope that it would go quickly go to site,” he said, adding that it is hoped that the tendering process be completed quicker than late 2019.

“If that happens we would hope to facilitate the school.”

The Minister for Education addresses the new school fast track for St Paul’s in Monasterevin pic.twitter.com/4Njd2ORkYX

Deputy O’ Loughlin met with the Department of Education and Skills earlier this week where they discussed St Paul's School in Monasterevin.

“I had a great meeting with Department Officials and they provided me with updates to the new school building for St Paul's. They confirmed that the design process is finished and signed off on; it currently stands at pre- qualification stage which normally takes 8-10 weeks.

"Officials also advised me that the tender process will begin before pre-qualification is finished and it is hoped that tender will be selected in the next coming weeks.”