Action Group: “We are offended that our children have been effectively and repeatedly treated as second class citizens.” 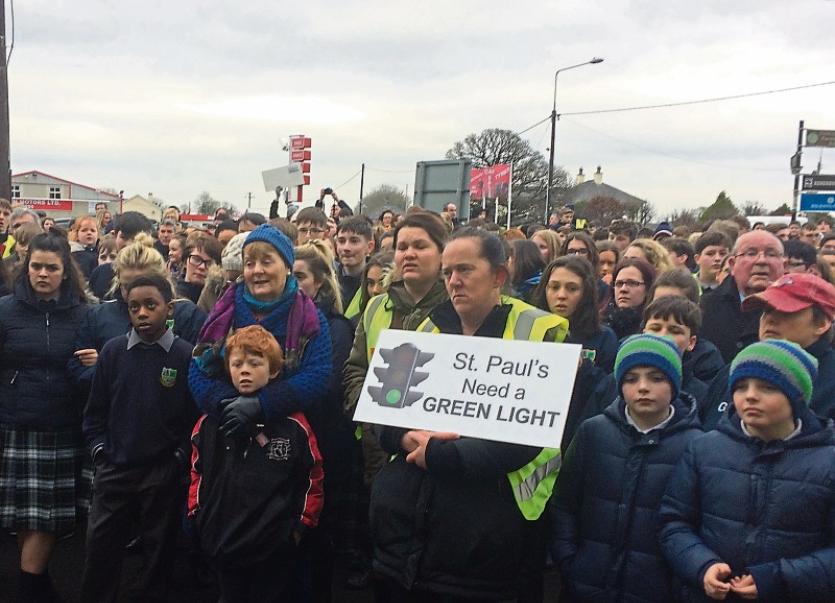 It was revealed recently that a delay around the site acquisition at Moore Abbey may post phone the new build for 12 months, moving the schedule from March 2020 to 2021.The action group are now calling for the new school time frame to be expedited and built for occupation by January 2020.

“We are offended that our children have been effectively and repeatedly treated as second class citizens,” said Rose Beahan on behalf of the Action Group

“One needs to view the conditions that the teachers and children are subjected to day after day to feel the anger in our community. Overcrowding; the heating constantly breaking down; teachers correcting and preparing for classes in their cars; the Syrian refugees are being taught effectively in a store room - is this the promise of provision and inclusion given by successive governments? the pupils have to visit other schools and community facilities to carry out day to day schooling activities and not to mention the waste of taxpayer’s money in having to update and provide additional prefab buildings whilst we wait for our new school. The toilet facilities are appalling – the children simply only use in emergencies. The list is endless."

The group have vowed to continue the fight to be heard and inform the public on their situation.

"Our next meeting is due to be held at the end of the month.”

Meanwhile the Department of Education confirmed recently that ‘every effort is being made’ to finalise the new site for St Paul’s Secondary school in Monasterevin.

A statement said that "every effort is being made to expedite the process and bring this transaction to a successful conclusion. The Department will shortly be issuing a letter to the school outlining proposed dates for tender and construction.”

The action group, in response added that although they are obliged to take the the Department at their word, it cannot be denied that the myriad of feelings from disgust, anger, disbelief and offence is still palpable amongst the group.

“We feel slighted and tossed aside that our voice was not heard until the eleventh hour when suddenly there is light at the end of the tunnel.”