LARK's Into the Woods will open this March in Kildare town 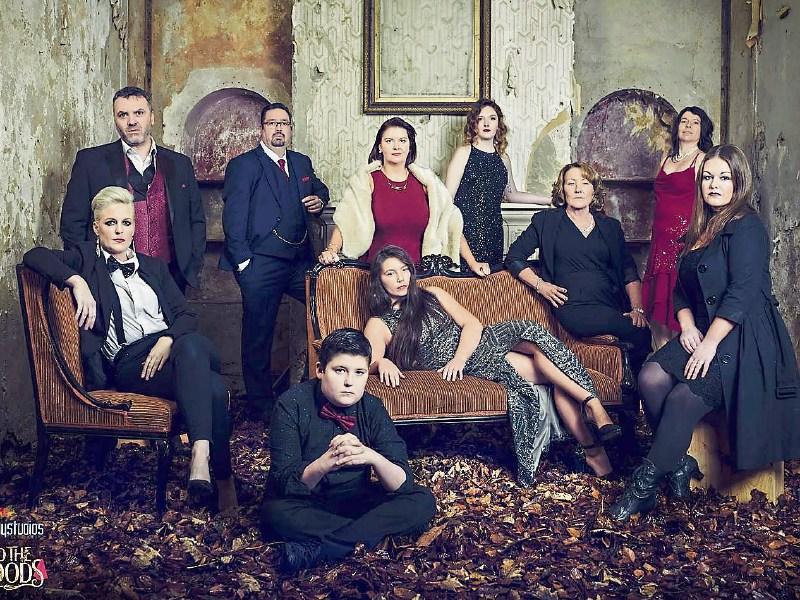 Some of the cast

Rehearsals are in full swing for LARK's latest production Into the Woods, which opens on March 20 in the CMWS Hall, Kildare Town.
LARK’s cast this year has been described as a "power force of talent" for this production according to PRO Kym Kelly.
“LARK returned to rehearsals earlier this week where rehearsals times have intensified to three days per week,” said Kym.
“We have a recording studio date booked for Sunday 28 January where we will be recording a surprise track.
“ This will be the second year in a row where we have brought cast members to Bluebird Studios in Castlewarden to record a track for the show.”
This is not an Into the Woods song but a surprise track, which has now become part of the make up of LARK.
“Our filming dates have also been set and these will take place in Kildare Town between 9 February to 11. We will be asking people to join in on this so if the readers would like to become involved in this filming project, please come to Kildare Town on these dates. The cast and crew would welcome them warmly.
We can be contacted through our Facebook page- larkkildare.”
Director Pádraig J Dunne will spearhead the 2018 show, following their phenomenal sold out success of Oliver!
LARK turned heads last year with their all singing and dancing video announcement of their 2018 show Into the Woods on social media.
It showed off the range of talent with this year's cast and crew.
Into the Woods runs from 20 March to 24 March with a Matinee show also on 24 March.
The cast includes Conor Comiskey, Jody Flanagan as Jack, Juliet Hill and Anna Leavy as Little Red, Dawn Broughan as the Witch, Jon Jones as Baker, Kym Kelly as Baker's Wife, Holly Phillips as Cinderella and Caithriona Ures Maher a as Jack's Mother.