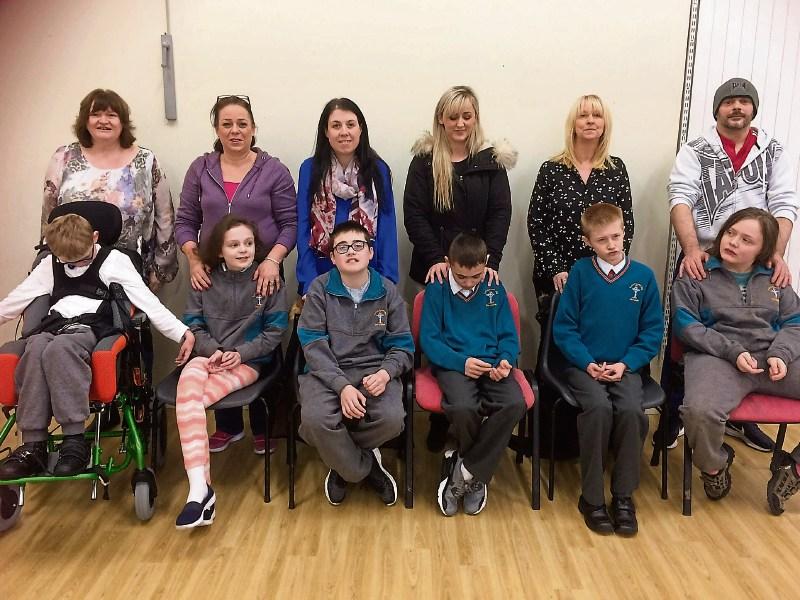 Six of the seven children who are affected

A Kildare South TD has vowed to fight for the seven Newbridge primary school children with special needs who have no secondary school place for next year.

The seven children are due to finish primary school at Scoil Na Naomh Uilig in June 2018, but to date none of these children have been able to secure an appropriate or suitable place locally.

The families will have to wait until January before they get any answers.

“We have to keep the pressure on the government for our children,” said to spokesperson Cecilia Semple, whose 12-year-old daughter Kelly is one of the children affected.

“We won’t know anything before Christmas and probably the end of January at this stage.”

READ MORE: Pupils have to wait until after the holidays

Deputy Fiona O’Loughlin TD said that it beggars belief that the Deptarment of Skills and Education have not recognised over the last ten years that this was going to be an issue this year.

“I have been working with these parents for the last number of months, and quite frankly cannot believe how they have been treated,” said Deputy O’Loughlin.

“Cecelia and her colleagues made the choice ten years ago to send their children to a mainstream school that could cater for their needs. Scoil an Naomh Uilig is a wonderful school and have an excellent unit. Last year the parents realising the situation came together to form a lobby group and I support them fully-I have also had them up in Leinster House  at a Committee meeting around Special Education.”

According to Deputy O’Loughlin it is absolute disgrace the way these children have been treated,

“I brought it up in the Dail chamber several times and no later than Thursday last,” she added.

“These parents made an informed choice to send their children to a mainstream school with the necessary resources ten years ago--surely there would have been an expectation that there would be a second level continuum at this point. As a last resource, parents felt there may be a place in St Annes Special school in the Curragh-but that is full to capacity.

It would be shocking to think that the children would have to travel very long distances outside of their home town. The chidren and their families are being let down by the Department and the Minister of Education-I will continue to fight with them.”

The Department of Education have yet to respond to the Leader on the issue.