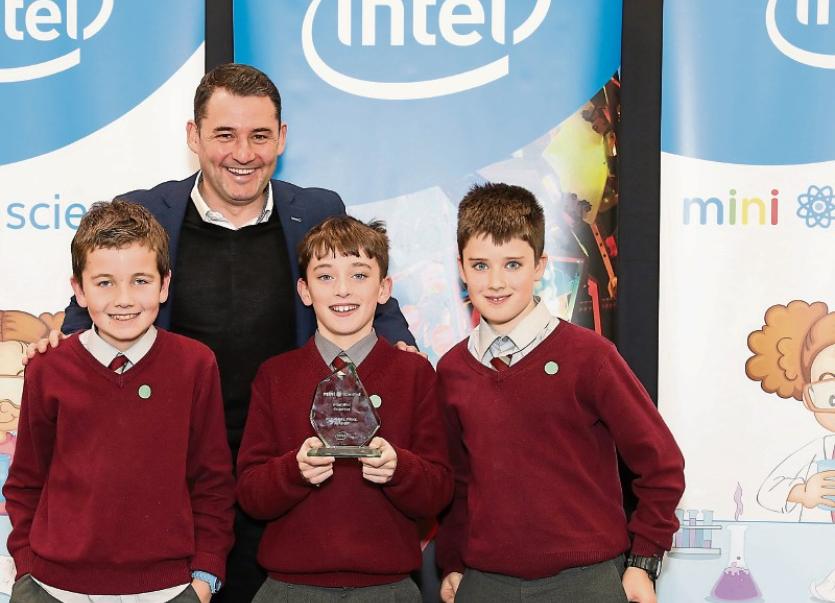 Five primary schools from Kildare shone at the Intel Mini Scientist Regional Final for the Leinster area which was held on Friday, December 8 last.

The winning schools and entries came from all across Kildare including Clane, Leixlip, Celbridge and Moone. The five projects were selected at the event will to go forward to the National Grand Final alongside 15 others at the Helix in DCU next February.

The competition, which is now in its eleventh year, gives young students the chance to explore science through project based learning and exhibitions.

The winning schools and their projects from Kildare were as follows:

2017 has been the biggest year yet for the Intel Mini Scientist competition with more than 7,800 students from 135 schools in 18 counties across Ireland taking part..

According to organisers the regional final was filled with innovative and imaginative projects, put together through months of hard work and the judges, after a very difficult task of deliberation, compiled their list of winning projects.