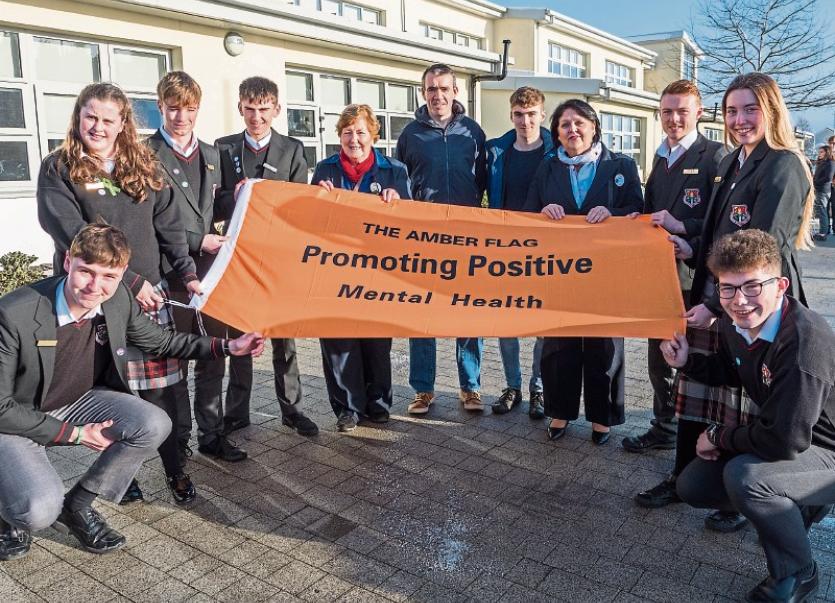 Kildare Town Community School celebrated today with the raising of the Amber flag, which aims to promote mental health awareness, in front of the school to the sounds of the school choir.

After a snowy start the school well-being team, prefects and student council celebrated with the local community when the flag was raised earlier today.

GAA development officer Johnny Doyle and past pupil and GAA Scholarship winner Stephen Comerford raised the flag along with Aoife Mason chairperson of the well-being team.

"Dean’s production entitled Walk in My Shoes received a huge round of applause from the group. The video sent out the hugely positive message that It is good to talk and to find someone to listen when dark days arrive as they do. These sentiments were echoed by Johnny Doyle who then spoke to the students about the importance of keeping going when the inevitable twists and turns come on the road of life. He spoke of the importance of involvement at school and community level, be it in sport, music, drama or wherever your interests lie."

The ten first year students whose posters earned them prizes in the 1 st year Positive mental health competition were then presented with selection boxes from Tesco by the school's own resident Santa Clause, who arrived covered in snow. The overall winner, Summer Rose received a €25 voucher from Kildare Village. 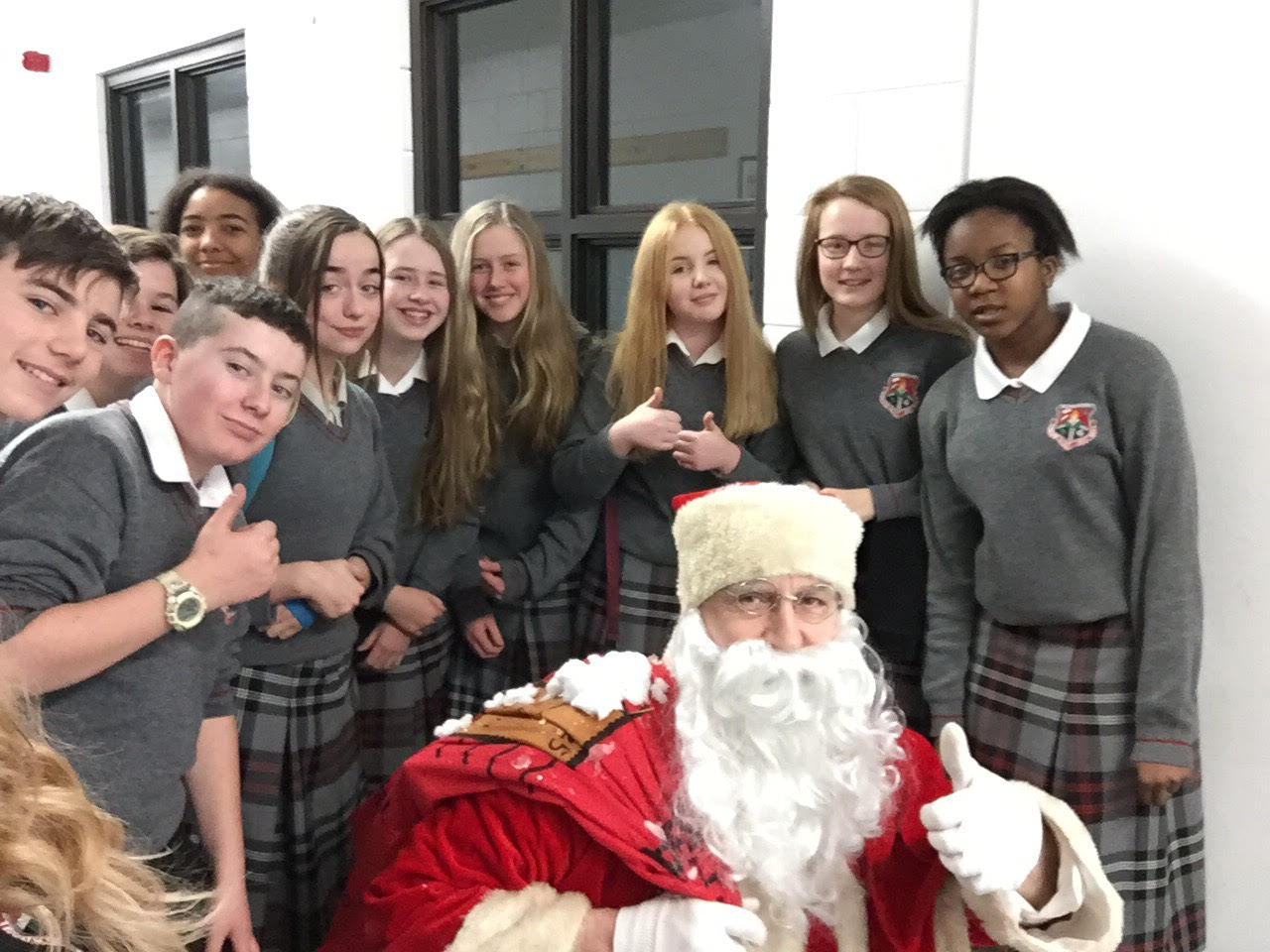 “The Board of management was represented by Mr Pat Conlon, the parent’s council by Mrs Bernadette Prendergast. Suzanne Doyle also joined us along with Dorothy; Bernie from Tesco who sponsored the event," she added.

"Afterwards we were treated to tea, coffee and delicious and healthy Cakes from Comerford’s Bakery in Newbridge. A huge thank you to all who made this occasion so memorable and happy for all."