Conservation report due for Earl of Kildare's rent table

To return next year 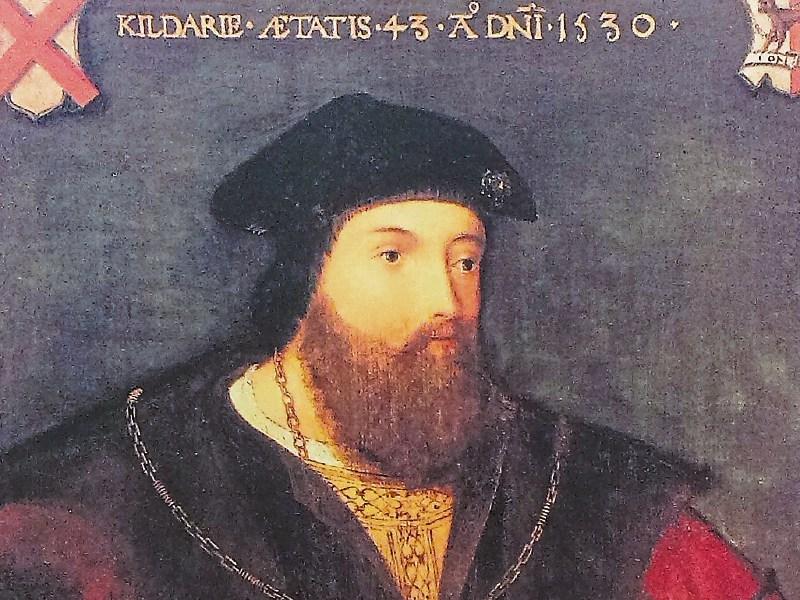 A conservation report is due on the condition of the 9th Earl of Kildare’s rent table which is to return to Kildare next year.

According to a statement from KCC to the Leader the Kildare Heritage Officer met with the National Museum to discuss the conservation requirements of the Rent Table recent.

“On foot of the meeting, the Museum advised the need for a conservation assessment. Following the completion of such an assessment funding will be sought to repair the Rent Table and return it to Kildare once conserved.  At present, it is difficult to say when it will be returned to Kildare until the conservation report is completed,” it said.

The 9th Earl of Kildare's Stone Table is to be restored and returned to Kildare after a successful High Court order last month returned it to the care of KCC.

The Kilkea Castle Stone Table or Rent Table is an undated artefact attributed to Silken Thomas, 9th Earl of Kildare.

Here is what we know about the long lost table that was once used to collect rent.

In 1987 an attempt was made to recover the table from the grounds of the castle. This attempt was frustrated and the table was seized by the Gardai acting on behalf of the State. The table has since been transferred to the National Museum of Ireland pending the resolution of outstanding issues under a court order.

In 2009 the council took a want or prosecution case against the hotel owners to determine ownership.

The owners did not contest the case and the council then believed ownership of the table reverted to the council.

However according to Kildare Heritage Officer Brigid Loughlin, it transpired that while the matter was concluded in the High Court by an Order made by Miss Justice Laffoy - it was done so without the issue of ownership of the table being resolved. On 23 October 2017 the National Museum sought  to have the Court order, under which the table was entrusted to the care of the Museum,  removed. The National Museum was successful, the court order was removed and the table will be returned to County Kildare in the care of the council.

It is in need of substantial restoration prior to display.  And the Heritage Officer will meet the National Museum this month to establish the conservation requirements of the table.

According to the council there are some funds available for the restoration of the table but it is unlikely that they will be adequate. Once restored the table will be exhibited in a proper manner and available to be viewed by the public in Kildare