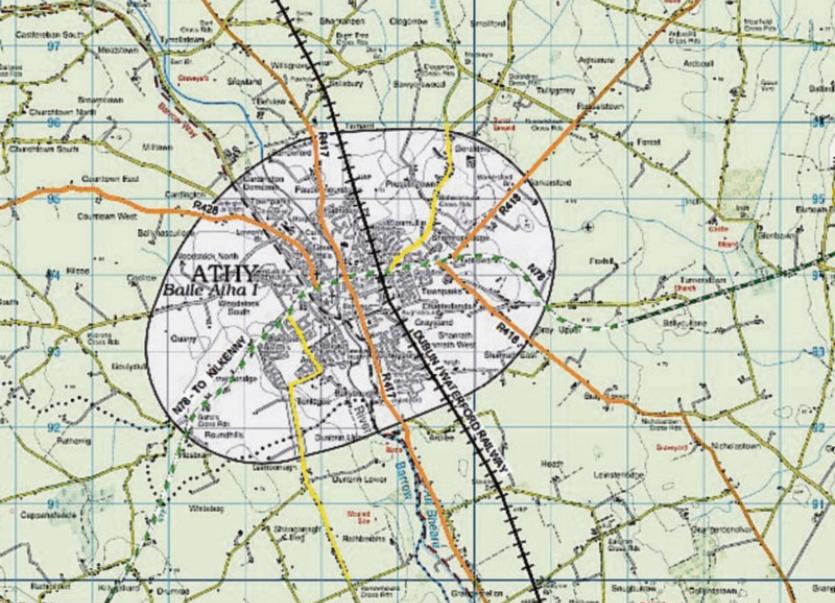 The long awaited ring road for Athy will be delayed a further two years until 2022 it has emerged.

The €35m project was initially planned for 2020 and earlier this month the Taoiseach Leo Varadkar reaffirmed the government’s commitment to the Southern Distributor Road project during a visit to Athy.

However according to KCC senior engineer John Coppinger, preparatory construction works and archaeological testing as well as compulsory purchase orders mean it is unlikely that the new road will be finished before 2022.

He advised that the first steps involve preparatory construction works and archaeological testing, and the next step would be the tendering of the main construction contract. The process of acquiring lands under the compulsory purchase order (CPO) would proceed in parallel and he confirmed that this would not hinder the programme for the project.

He noted that it would take two years to get to the stage of contract tender for the main construction contract. He added that preliminary contract works on the ground would commence in 2018 in the vicinity of two housing estates and he stated that archaeology testing would also have to take place before the main contract commenced. He stated that there was need for further negotiation with CIE to reach agreement on detail arising from the current outline agreement with CIE. It is anticipated that this will not pose a problem but would take some time.

In short based on the requirement for a series of smaller preliminary construction contacts, archaeological testing, CPO and engagement with the local community in advance of the commencement of the main contract, that is it likely the project completion date for this road would be early 2022.