Make our captial town Naas as nice as Clane, Maynooth 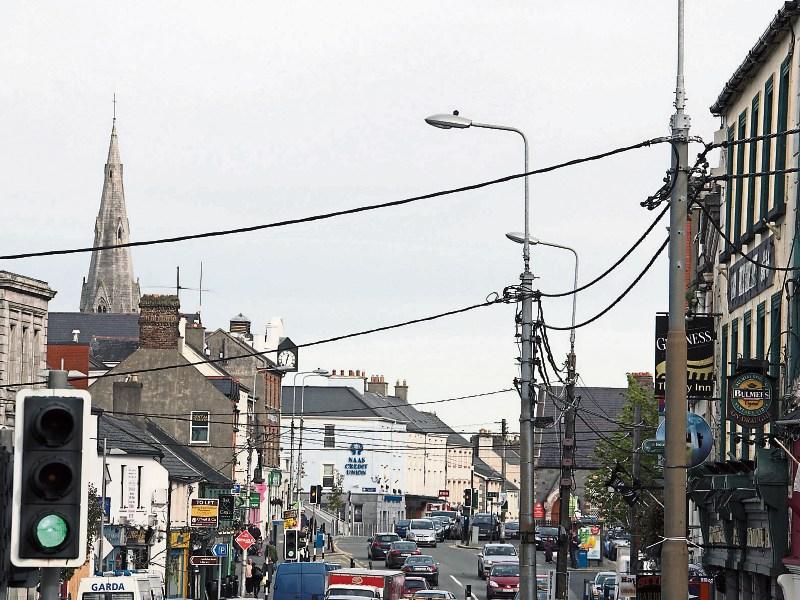 A call to modernise Naas by completing the undergrounding of wirescapes and over head cables was made at this month's area committee held on Tuesday, October 17 last.

Cllr Seamie Moore tabled a motion that the council contribute the remainder of the captial funding needed to complete the project and bring a 'modern appearance' to the captial town similiar to what has been carried out in Clane and Maynooth.

“I am very disappointed that despite LPT funding from members nothing has happened in Naas yeet,” Cllr Moore said.

“Naas is as old as it appears like something out of the 1930's. Naas traders and residents have all contributed support funds to warrant a better appearance of our town. This is the capital town and yet our town looks old,”

He went on to add that Clane and Maynooth book look like modern day towns with the completion of their underground wirescapes and over head cables while Naas has cables still 'hanging down' around the town and especially in Poplar Square.

The members heard that the roads department advises that the overall plan over the next two to three years as funding becomes availalbe is to underground services in Poplar Square to the Maxol Service Station.

The council are currently entereing in to an agreement with the ESB to underground cables from Market Square to the former Superquinn car park entrance.

The current undergrounding is being funding by LTP funds, members heard.

“Naas should be the leader for Kildare - we are the captial town,”Cllr Moore added.