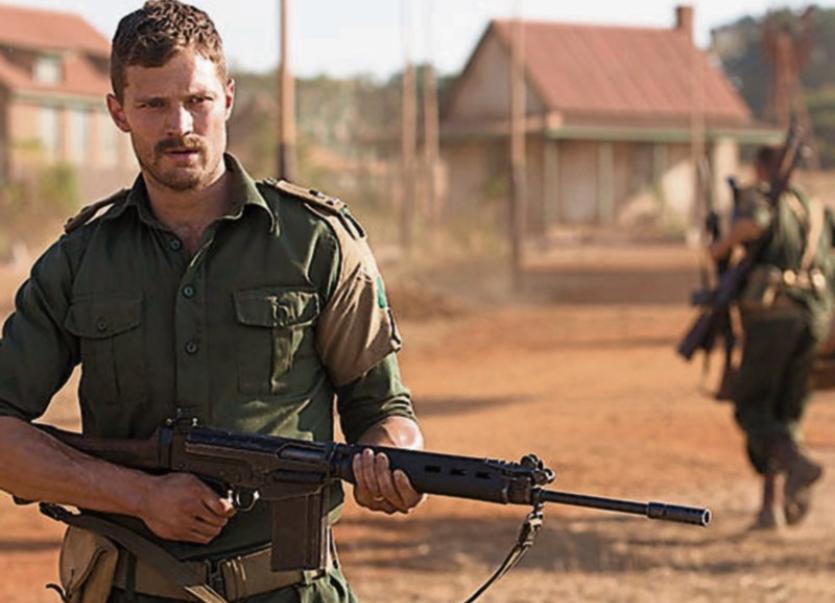 A scene from the recent Netfilx adaptation of the siege

Minister Paul Kehoe, TD, has announced the date for the ceremony to award the “Jadotville Medal” to the men of “A” Company, 35th Infantry Battalion and to family representatives of deceased members.

The ceremony will take place on Saturday 2 December in Custume Barracks, Athlone, where “A” Company assembled in advance of their deployment to the Congo.

Some 160 Irish soldiers were attacked by 3,000 enemy troops during the siege but less than ten were injured in the siege in a remarkable feat of resilience and courage.

The medal will be give full and due recognition in honour of their courageous actions at the Battle of Jadotville in September 1961, during the UN peacekeeping operation in the Congo.

Speaking in relation to the medal ceremony the Minister said “I am delighted to announce the date for the ceremony to honour the bravery and courage of the men of “A” Company who fought so valiantly at the siege of Jadotville in September 1961. Last year I had the honour of presenting a Unit Citation to the men of “A” Company in recognition of their collective actions at the Siege. I feel truly privileged to have been able to take the decision together with former Taoiseach Enda Kenny T.D. to award this medal, An Bonn Jadotville (The Jadotville Medal). I believe it rightly pays tribute to the professional and courageous actions of these men”.

Since the 13th June, when the Minister together with former Taoiseach Enda Kenny TD decided to award a medal to the men of “A” Company, a working group comprising civil and military officials has been working to co-ordinate efforts required to implement the plans for a medal ceremony.  A specially commissioned medal, An Bonn Jadotville 2017 (The Jadotville Medal 2017), was designed and is currently being procured. The word “Jadotville” is depicted on the clasp of the medal and the medal ribbon represents a combination of an Irish tricolour and the United Nations Operation in Congo (ONUC) mission medal.  The medal depicts a warrior of the ancient Fianna with sword and shield.  To the left is a reproduction of the Irish overseas flash.  Surrounding the central motif are the words “Cosaint Chalma” (Valiant Defence) and “Misneach” (Courage).  The reverse contains a unique unit identification representing A Coy, 35 Cathlan Eireannach (Irish Battalion).

In conclusion the Minister said “I look forward to again meeting the men of “A” Company and the family representatives of the deceased members. I hope that the ceremony will be meaningful and poignant for the surviving members of “A” Company and all the families.”