All for a good cause: 19 take part in fundraiser that boosts local Pieta House 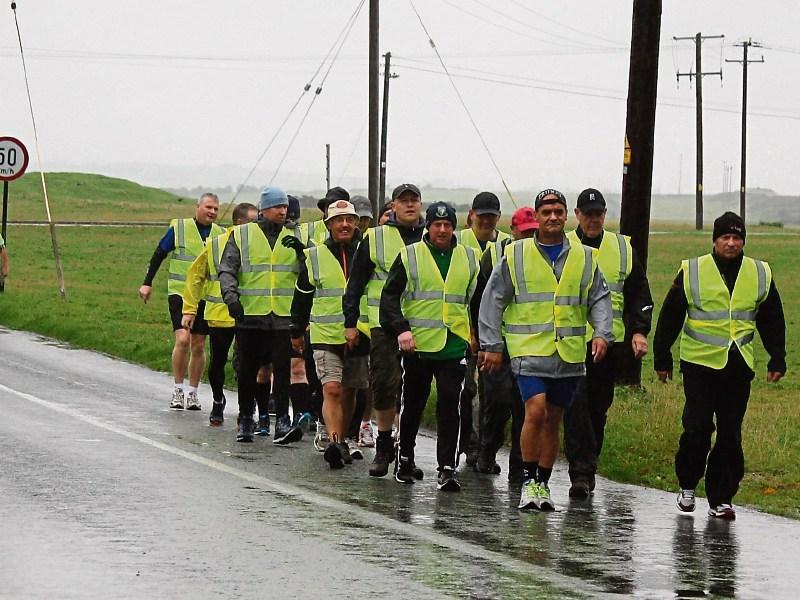 The Magee Gunners hit the road recently in aid of Pieta House.

“We formed up again at the gates of Magee barracks Kildare to walk to the Glen of Imaal in Wicklow,” said organiser Martin Kelly.

Nineteen walkers started off and a fast pace was set by some who had personal targets in mind and after a few kilometres the group was stretching out, but as was stated it’s not a race or endurance test but a walk, nineteen started, nineteen finished. The walkers were ably assisted in their efforts on the day by stewards and medical and service support teams.