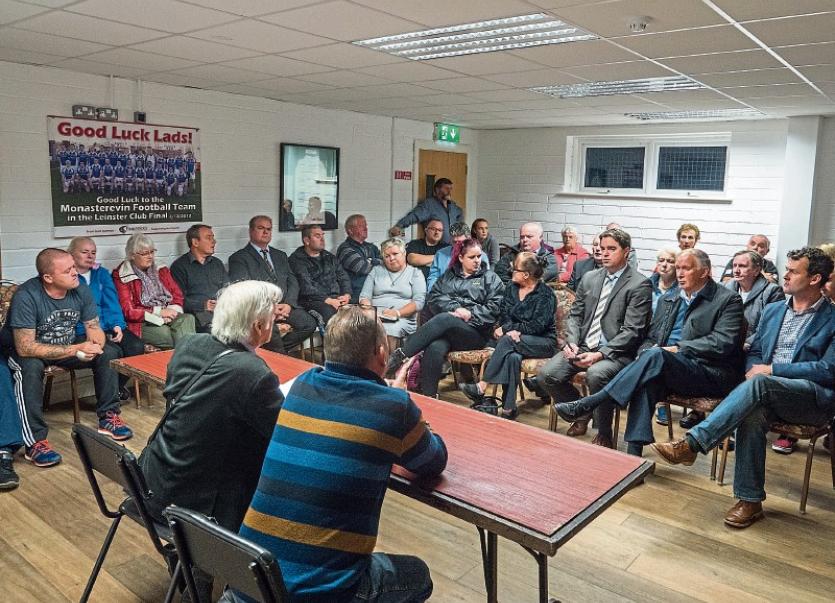 There was a good turn out at the meeting on Monday

Services at the Monasterevin Day Care Centre are set to resume at the GAA centre in Monasterevin in the wake of the sudden departure of the previous committee on September 7 last.

According to Cllr Mark Wall senior staff from the HSE went to Monasterevin on Monday due to the fact that the insurance for the service had been cancelled and, without insurance, the GAA would not let the service go ahead as planned.

Afterwards a meeting was held on Monday night to elect a new committee at the GAA centre in Monasterevin, to discuss the issue of transfer of bank accounts and deal with the transport from the previous committee.

Cllr Mark Wall said it was a very positive meeting and he praised the former committee for their years of hard work.

"With the assurances from the HSE on the CE workers and food provisions, along with a lease of Monasterevin GAA and an agreement with the club , the day care should open once again very quickly," he said.

"The focus is to get the day care open and then concentrate on the former premises at Drogheda street with everybody tonight committed to working together to achieve this as quickly as possible . This will obviously include the conclusion of a design , planning permission and most importantly the funding to complete this much needed facility for Monasterevin."

The HSE has yet to confirm when services will resume but the Leader understands that next Monday is likely.