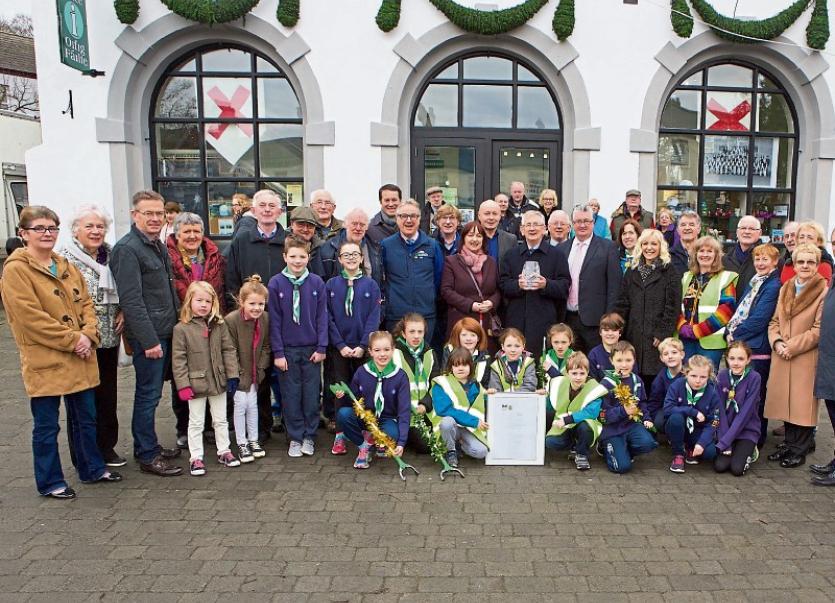 A sculpture to commemorate Kildare town's cleanest town in Ireland title will be unveiled in St Brigid's Square next Friday, September 22 at 12 noon.

Kildare town was deemed cleanest town in 2016 IBAL Litter League and the public sculpture was commissioned by IBAL to mark this achievement.

Entitled 'Heart of Oak' it was sculpted by Noel Scullion and will be unveiled by the Mayor Martin Miley.

Kildare town scooped the title of Ireland's cleanest town at the final of the 2016 Anti-Litter League by Irish Business Against Litter (IBAL) in the Merrion Hotel in Dublin last January.

Kildare finished ahead of Roscommon and Ashbourne, with Waterford City in fourth.

An Taisce, which conducts the surveys on behalf of IBAL, commented in its report on Kildare: “It is rare to find a town in such spotless condition throughout. The Link Road and both approach roads into Kildare Town got the top litter grade and this high standard was sustained for all sites surveyed.”

Congratulating Kildare, at the time, Conor Horgan of IBAL said that once again a foremost artist would be commissioned in conjunction with the community at large to create a significant public sculpture in thetown in recognition of its success.

“Each year IBAL intends to mark the winning town’s achievement with a permanent piece of art that will enhance the local environment.”