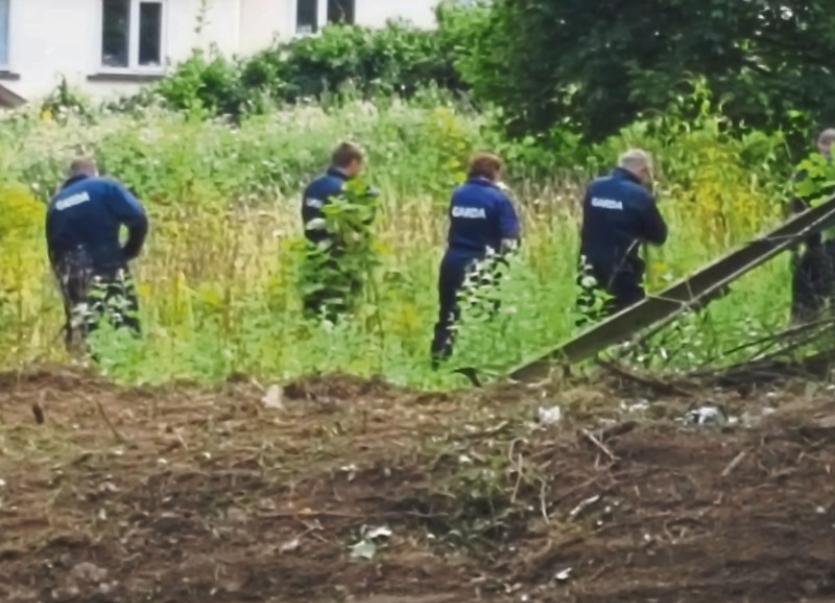 Gardai at the site last month

The garda water unit joined the search for the remains of missing Naas man Trevor Deely at a site in Dublin yesterday, Monday September 4 according to media sources.

The garda water unit reportedly entered the site to start searching the River Liffey which runs alongside the woodland area. The search is expected to take the rest of the week.

Gardaí began searching the three-acre site in Chapelizod after receiving a tip-off that his body was buried there last month.

The search of the woodland site has now entered its fourth week.

The 22-year-old Naas man was last seen walking home after a Christmas party in the city centre in December 2000. The most recent search is not related to an appeal made by the Deely family in April, in connection with an independently-offered €100,000 reward leading to information relating to his disappearanc in light of newly enhanced CCTV footage of Trevor talking to a unidentified man outside the Bank of Ireland at 3.34am.

Last month a gun was found at the Dublin site where the search is continuing for the missing Kildare man.

Gardai uncovered a firearm as they continued to search the three acre woodland at Chapelizod owned by South Dublin County Council. The gun has not yet been linked to the missing persons case.