WATCH: Great turnout for the Philip Walsh cycle in Monasterevin 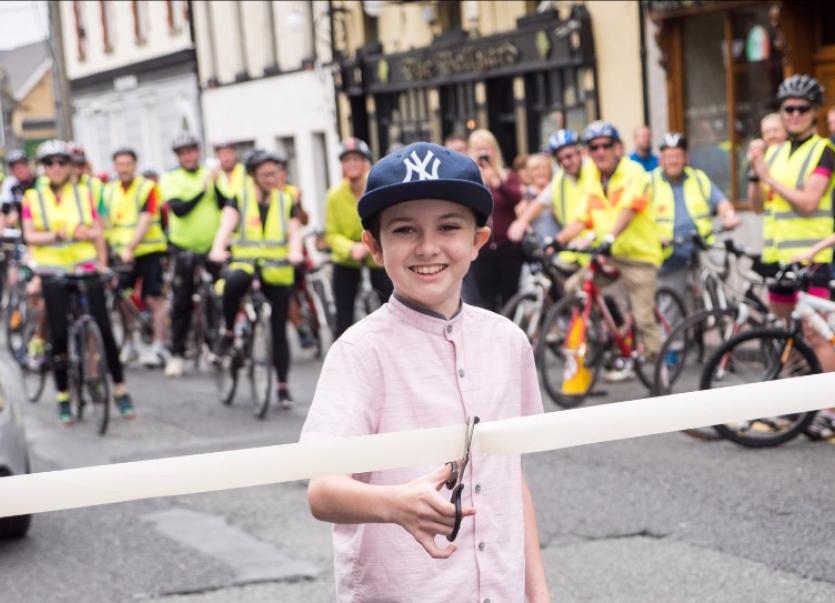 There was a great turn out for the Philip Walsh cycle fundraiser that was held on Sunday afternoon in Monasterevin.

The rally which was organised by David Maher from the Bellyard will help fund a new bike for young Philip (14) who suffered head injuries after he was knocked off his bike three months ago.

Philip who was described as a fighter left Beaumont, where he was being treated in time to attend the event and even got to cut the ribbon.

See next week's Leader for a full picture page.