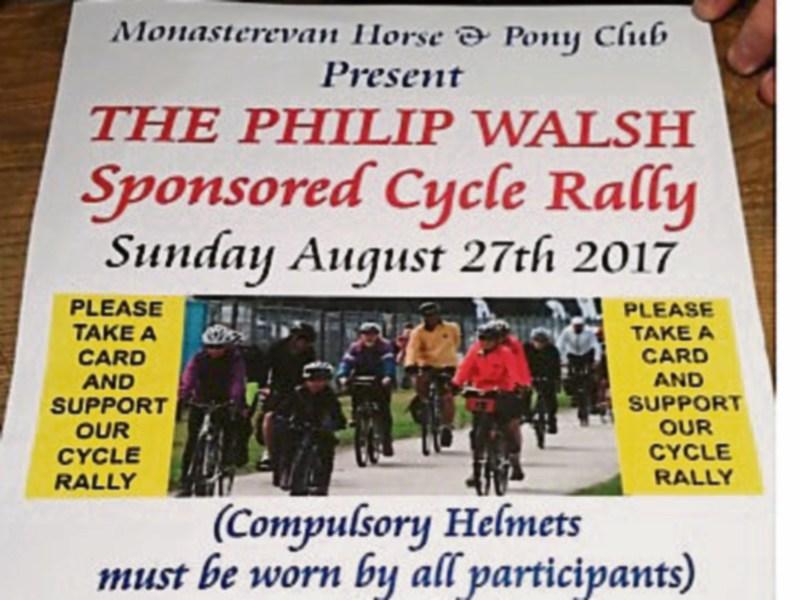 A fundraiser to buy crash victim Philip Walsh a new bike will take place from the Bellyard pub in Monasterevin on Sunday at 12.30pm.

Organiser David Maher said that the brave young 14 year old who was knocked off his bike a few months ago hopes to attend the event.

Philip, who is still receiving treatment for head injuries sustained in the accident, has told local gardai that he wants a new bike so he can get back out cycling again.

“It’s about three months since his accident,” said David from the Bellyard.

“He suffered severe head injuries but he is hoping to make a full recovery. This lad is a fighter. He even hopes to attend on Sunday to cut the ribbon."

Philip, a keen cyclist is the son, of Paddy and Colette and lives on the Nurney Road.

“I am a friend of the family and like the whole town, I wanted to do something for Philip,” he added.

“He said that he wants to get back up on his bike so we are going to let him pick his own.  Everybody wants to do something for him.”

Sponsorship cards are available from the Bell Yard pub and the cycle is open to all ages.

Refreshments will be served afterwards.