"A lovely person with a twinkle in his eyes" 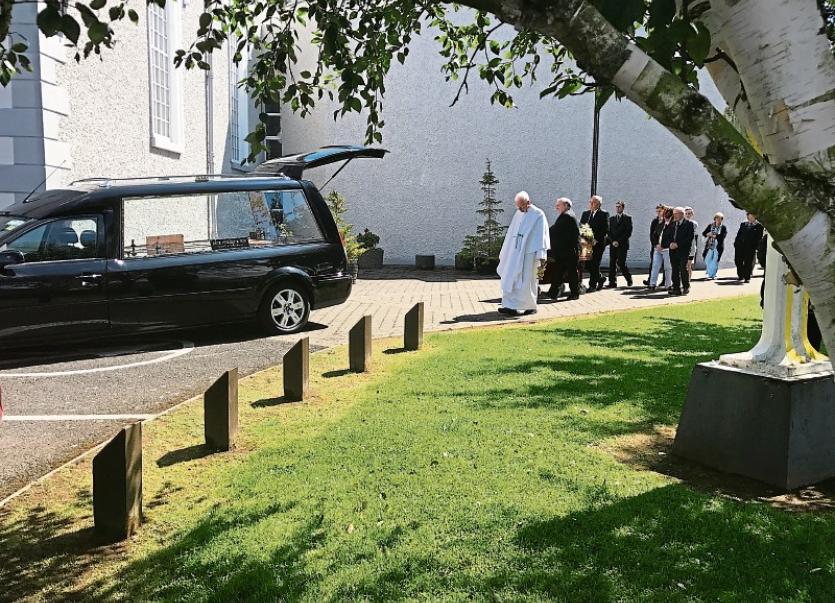 Mourners flocked to the parish church in Kildare town this morning for the funeral mass of fire victim and well known local character Charlie Vaughan.

Mr Vaughan passed away in a house fire at Tully East early on July 11, which also took the life of his friend John Paul Flood, who was laid to rest in Baltinglass Cemetry last Friday.

“Charlie has now come to his journey’s end in quite a tragic way,” said parish priest Fr Adrian Carbery from the altar of St Brigid's Church.

“It is two weeks ago since Charlie died in the fire which caused great shock all over the community especially for his family and friends who worried about him all through the years.”

Fr Carbery recalled a lovely person with a ‘twinkle in his eyes’ who was always true to himself and had a great sense of humour.

“He had a lovely personality and I remember him with a twinkle in his eye. Charlie is sitting at the banquet of Jesus today with a big smile on his face. He used to call me sir and he would say to me ‘sir how many souls have you saved today?’.  Another day he came to see me after a bad fall and I fixed him up and asked him if he was hurt anywhere else and he replied ‘just in my pocket’.”

Fr Carbery spoke of the many struggles in Mr Vaughan’s life due to his addiction with alcohol, which he described as a disease and a compulsion to drink above all else which caused him to ‘risk his life’ everyday.

“He couldn’t stop – he was so controlled by his compulsion to drink that he couldn’t help himself,” he said. “In a peculair way Charlie risked his life everyday when he set out from home. People worried about him but he never worried. He never became offensive in drink though he could be a menace on the road as he could fall down anywhere.”

He told the mourners that Mr Vaughan had a sad life in a way but at the same time he was somebody who was always true to himself.

“Jesus would have spent a lot of time with Charlie down here. Now he is up at the banquet in heaven where God will remove his suffering and where Charlie is now sitting with a twinkle in his eye.”

Mr Vaughan was laid to rest at St. Conleth's Cemetery.